#PRIDE: The Questions We Ask Ourselves and the Answers We Tell Others, by Duc Thinh Dong. 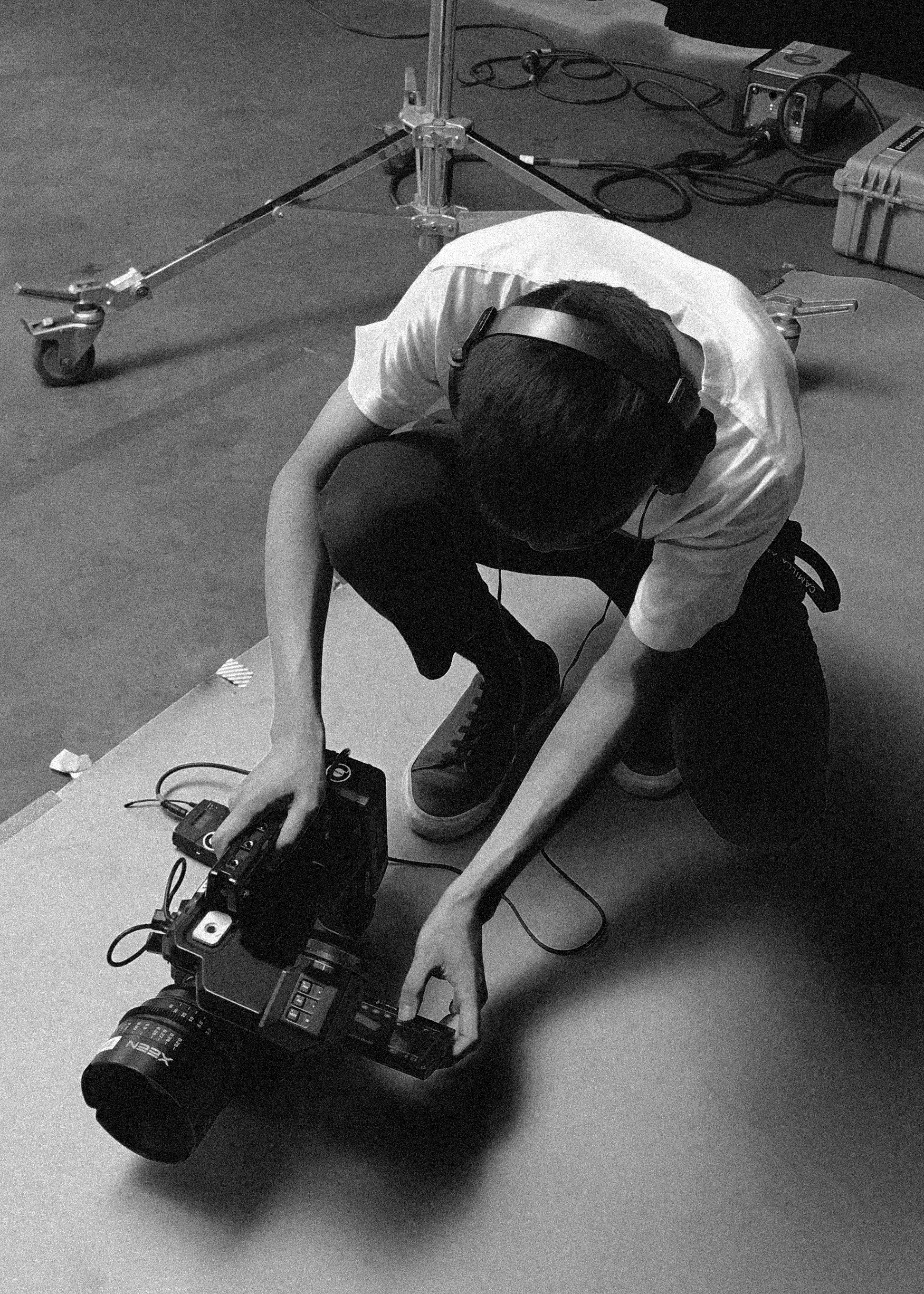 One of the things that I know with absolute certainty is that what we all really want is; to be heard, to be recognised and to be seen.

My adolescence was spent systematically scrolling through the internet, researching fashion images, studying film, and watching interviews of my favourite artists and performers. I became obsessed with performance, the art of self-presentation, studying characters, and the act of adapting at will with fluidity through the hurdles we’re presented with in life. I was fixated on Andy Warhol, specifically. Although his artwork was never of my taste, I was charmed by his disposition, his childlike sensibility and the statements that he made with total conviction. On defining art, he said, “You know it’s art when the cheque clears.” I loved that. Whether he believed half the things he said or not, it didn’t matter. He was performing. He understood why other people performed and the motivating factors behind them. His observational skills and understanding of the human condition, despite being deep-rooted in anxiety, allowed him to successfully establish his own publication, Interview Magazine, where sensational conversations between the most prominent figures of the 20th century were transcribed and printed for public consumption.
I drew parallels between Andy’s life and my own. I grew up in a Vietnamese-Catholic home and studied at an all-boys private school in Perth. Through my self-education in performance, I was acutely aware of the role that I had to play. I had not yet fully understood how I could place myself within these moulds and so I operated behind a mask. I asked endless questions, used camera lenses, and documented other people’s identity, publishing these stories online – all as an act of deflection to shield myself of what I had not yet come to terms with. I compiled and filmed family home videos and edited them into a hyper-pop, reality-style TV show. I took thousands of photos at all the parties I went to, illusively appearing before a bursting flash, and disappearing just as fast. I imagined I was Warhol, and this was Studio 54. Except I was chubby with braces and had replaced Silver Clouds for deflated goon bags. I noticed how people would change in front of the camera. Some would overtly express how intoxicated they were—when they weren’t, while others demonstrated apathy— that wasn’t apparent at all. I realised these were just their own masks and ways of deflecting, and that we were all doing the same thing. Although my peers were not presenting the truth, they were not being deceitful. There was an honesty in the way that they demanded to be seen, and by documenting them in that moment, they felt that their identity was heard and recognised. In Erving Goffman’s, “The Presentation of Self in Everyday Life (1959)”, he theorised, “When an individual plays a part he implicitly requests his observers to take seriously the impression that is fostered before them. They are asked to believe that the character they see actually possesses the attributes he appears to possess.”
Looking back in hindsight, what I was realising for the first time, was the importance of identity and our need to “perform” freely without feeling shame or fearing judgement. What I learnt of equal value, was that it’s just as important as allowing others to do the same. That’s kindness.
The masks that I presented which served as my own performance, ultimately, became the building blocks of my career. Following school, I went on to complete a degree in film and television studies and moved to Sydney, where I found work in fashion, an industry built on masks. The high school parties were now fashion parties and my stage was the studio. Finding work and succeeding in this field is heavily reliant on one’s ability to communicate and engage with other people. I use my own mask to interpret the mask that the client wants to present by reworking myself to allow people to open up. This is not about changing who I am, but rather, understanding identity and navigating through its complexities. Recently, I’ve been immersed in the world of conducting interviews, where clients have approached me to specifically ask other people questions. Perhaps they had gauged my interest in other people’s stories and that these sort of assignments were a natural fit for me.

Leonard Cohen writes, in Beautiful Losers (1966), “It was a dance of masks and every mask was perfect because every mask was a real face and every face was a real mask so there was no mask and there was no face for there was but one dance in which there was but one mask but one true face which was the same and which was a thing without a name which changed and changed into itself over and over.”
I am reminded of the importance of celebrating identity, embracing it whether you fit the mould or not. Because the moulds are always changing, the masks interweave, and they don’t have labels.
I think my fifteen-year-old self would be proud of me.