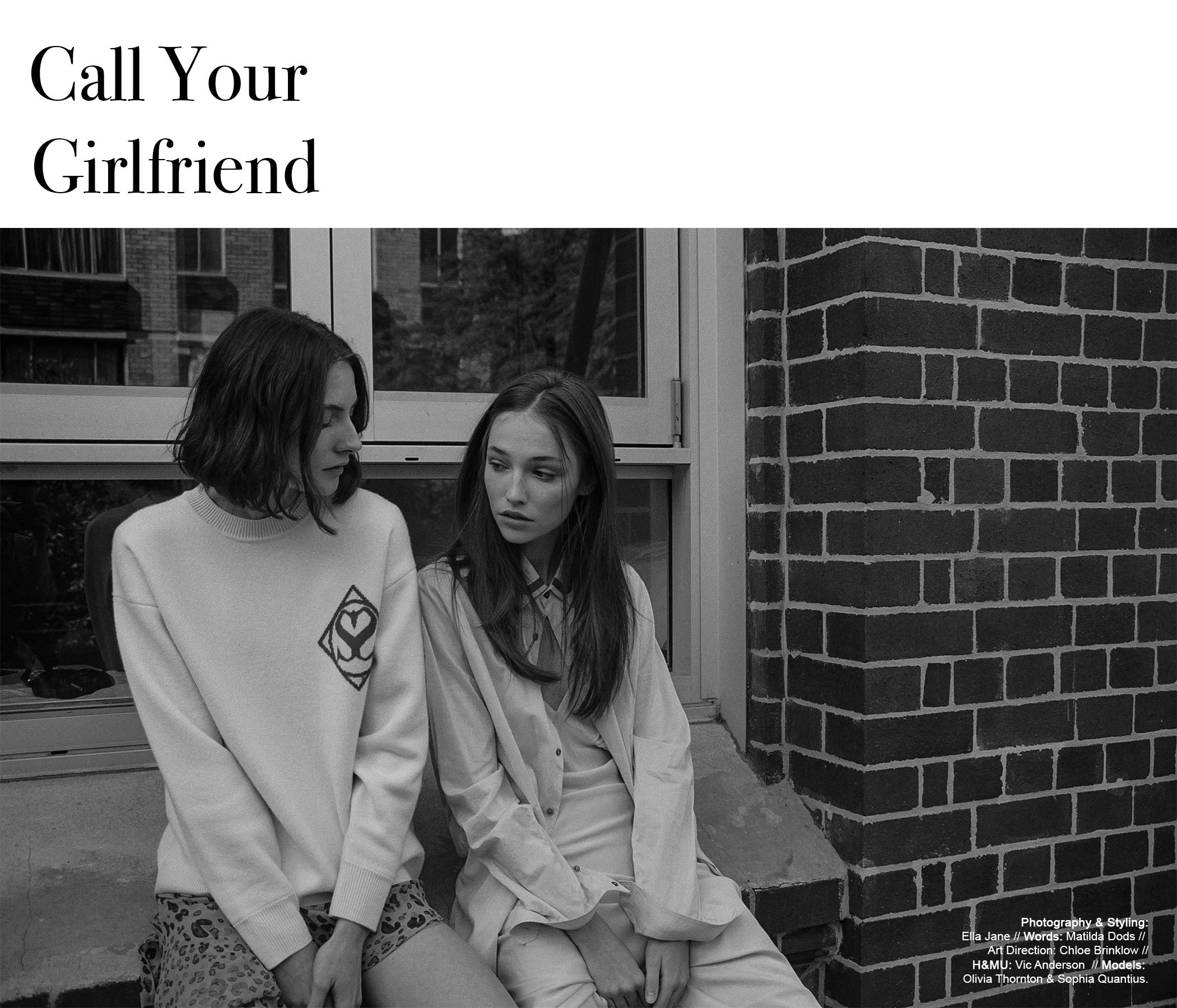 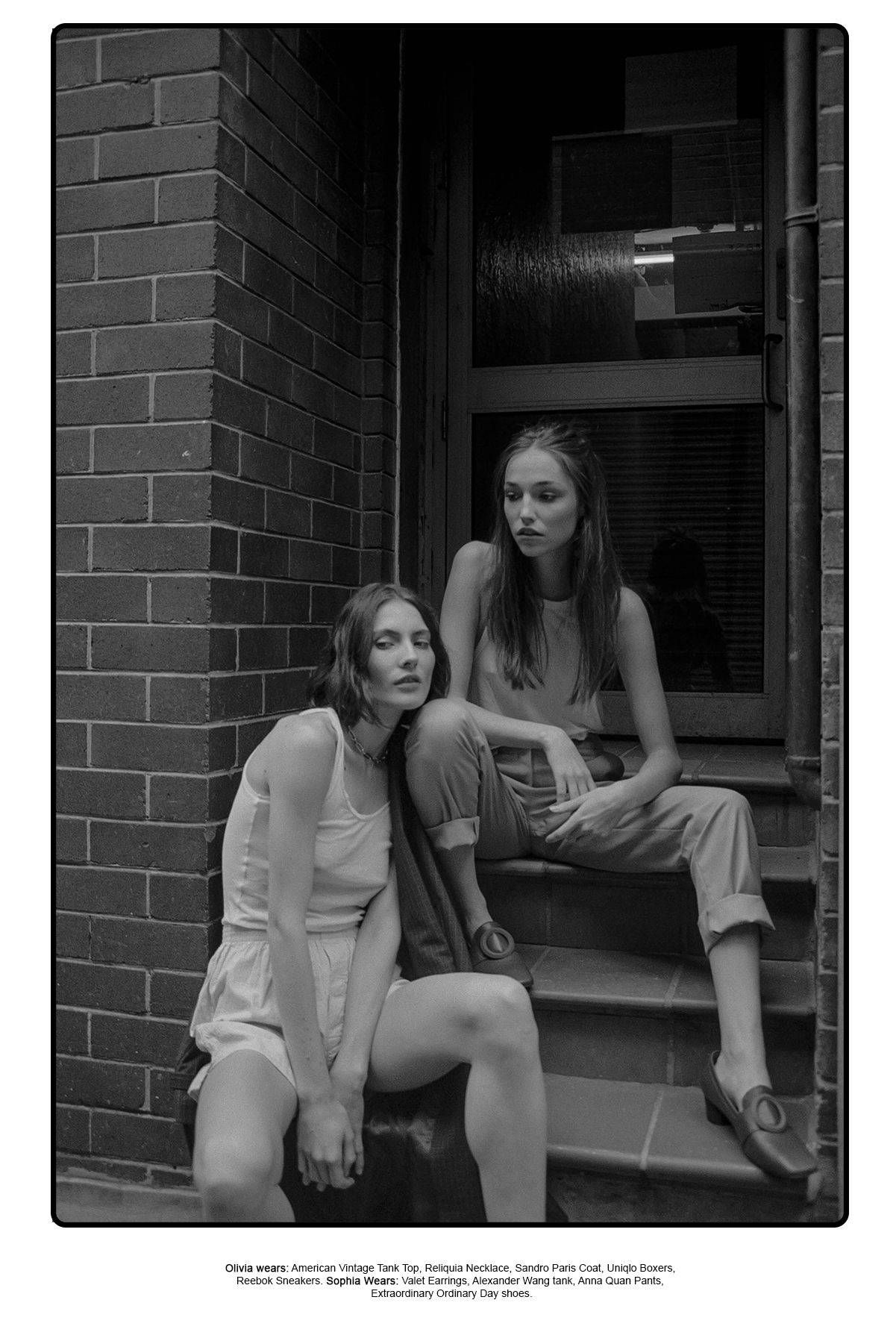 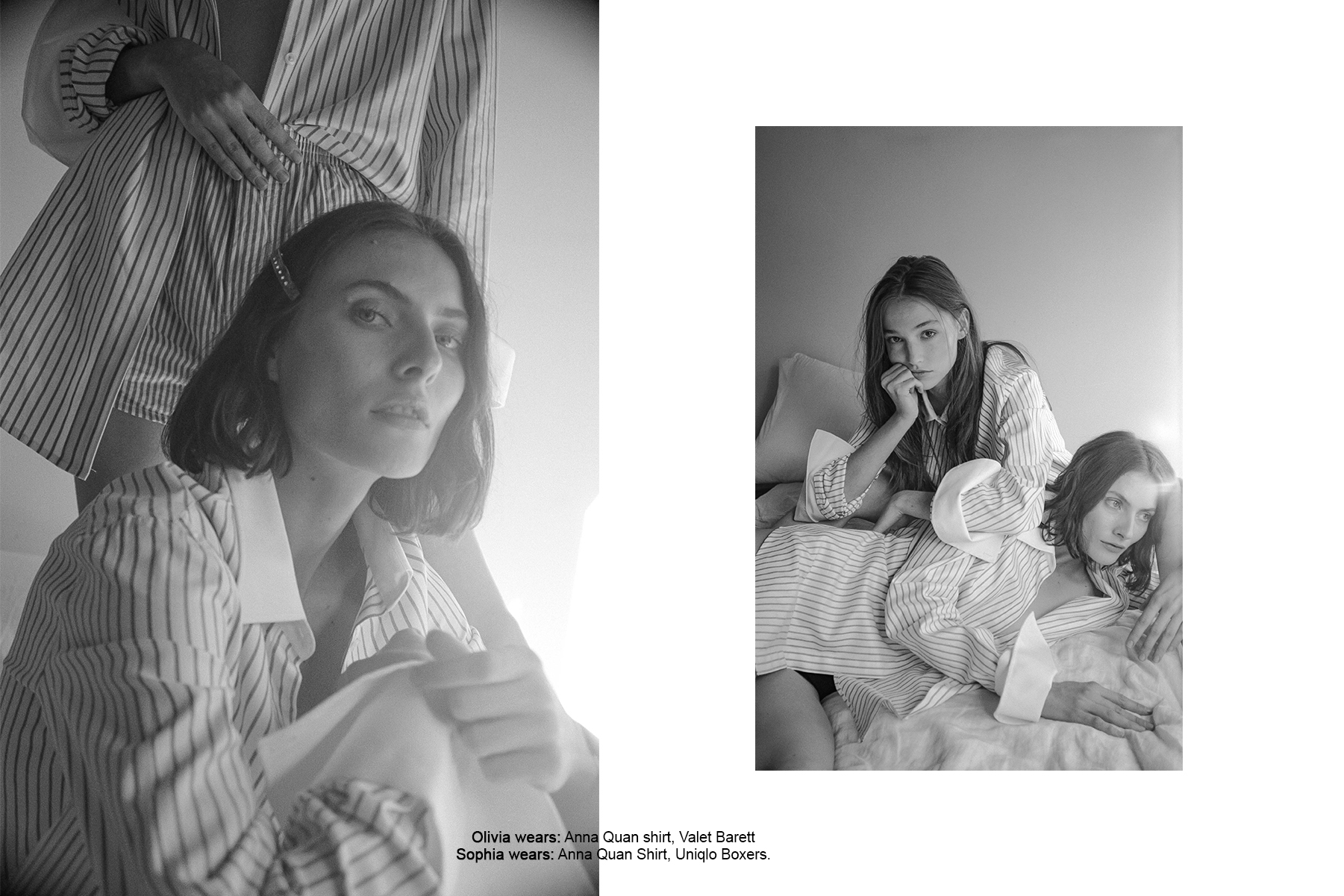 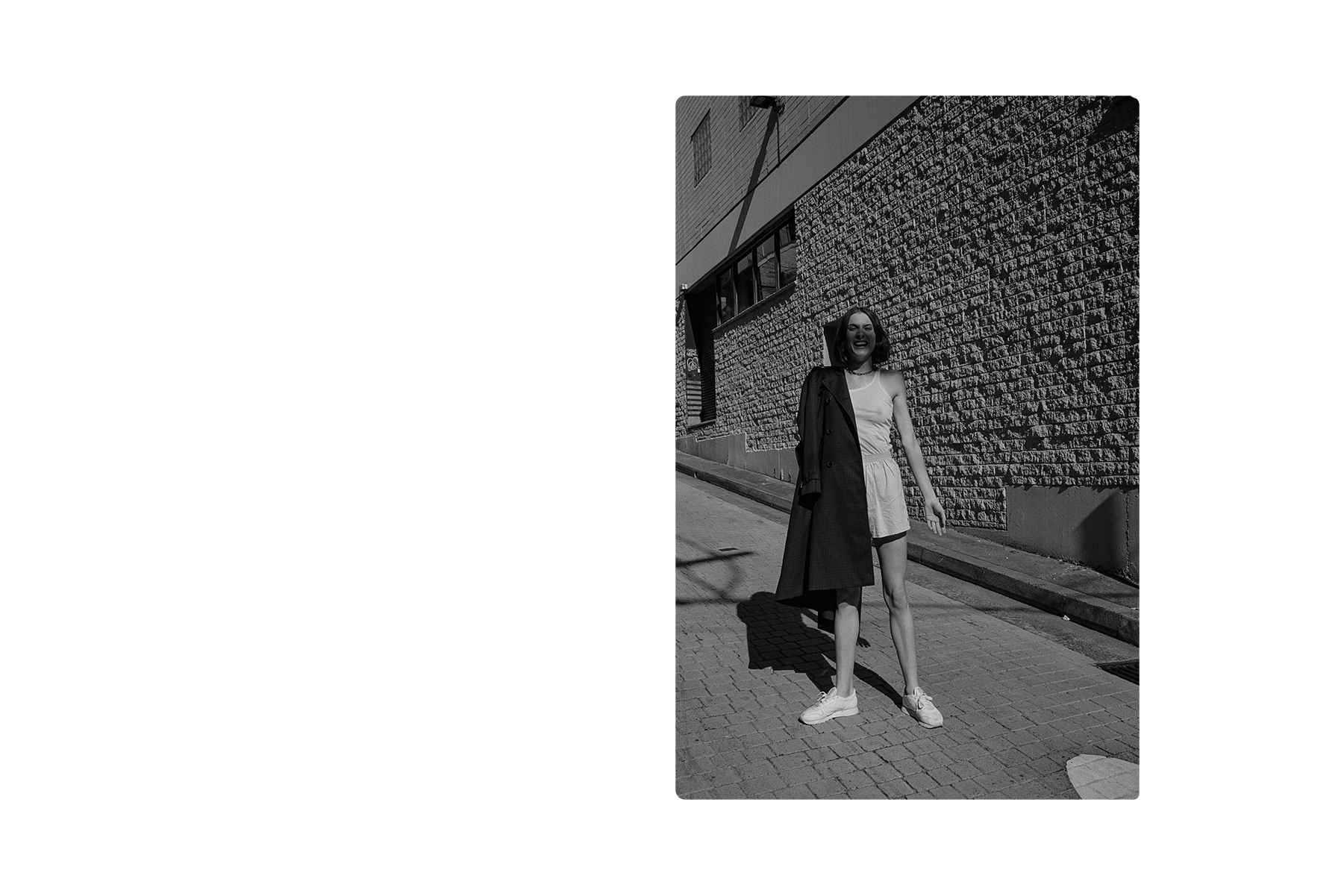 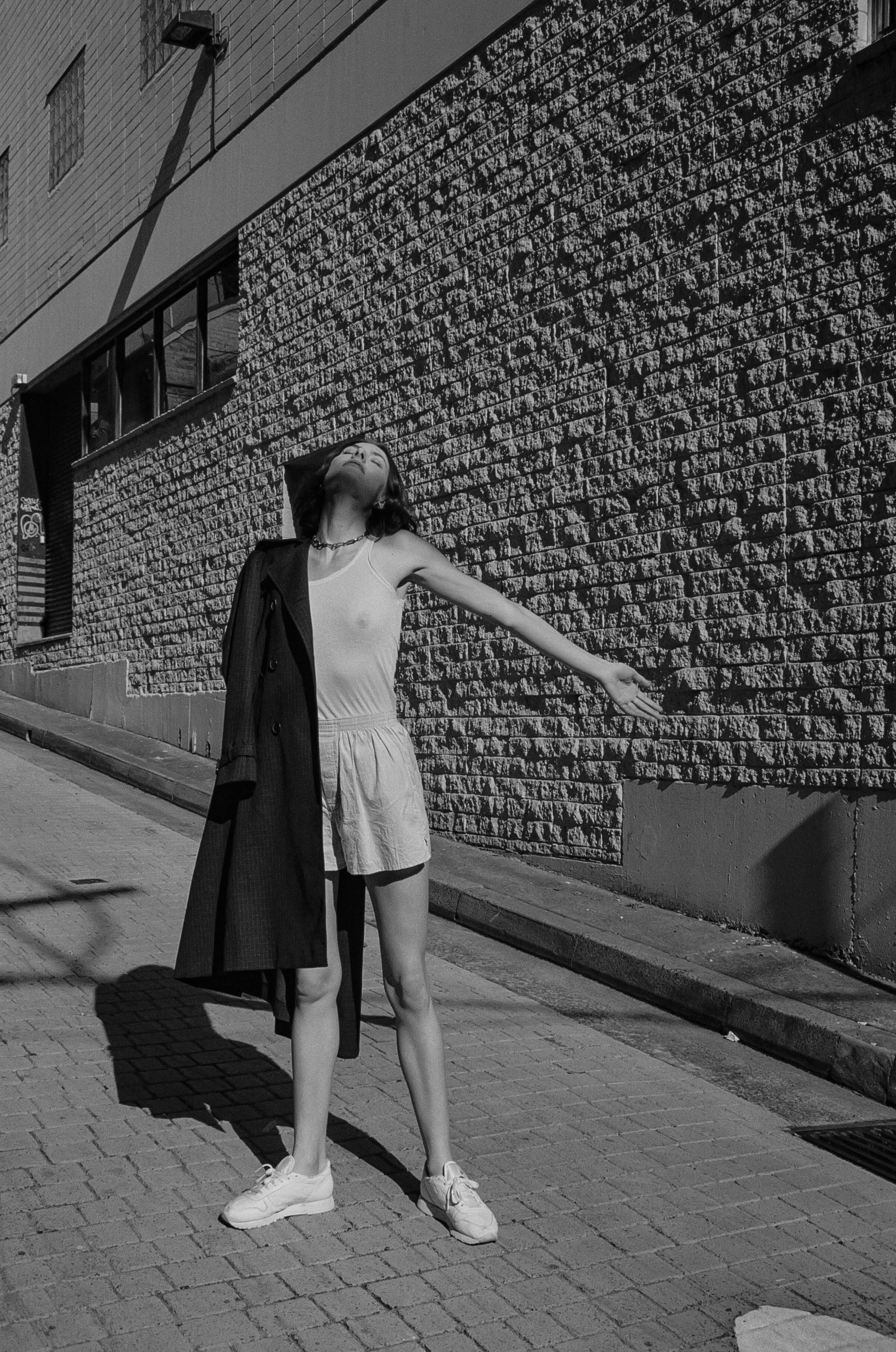 I would like to propose a hypothesis. It is not a new one, it is not something groundbreaking or earth-shattering, it will not cause you to rethink your entire life. But I hope that it makes you think;

Your girlfriends are the love of your life.

Before I go any further, I would like to provide a disclaimer, this article is about women, and about the beautiful connections that we share with other women. When I say women, I want to make it very clear that I am not distinguishing between types of women, or excluding any experiences of being a woman. Throughout this piece I may use the term ‘female friendships,’ I use the term female purely because I love alliteration and it is not intended to erase or prioritise essentialist experiences of gender.

Friendships between women provide us with the solidarity and the guidance to navigate both the beauty and the danger that is being a woman. I have learnt to be a woman that I am proud of by watching the women around me, by striving to make them proud of me. I continue to learn and stumble just as they do, laughing and crying over cups of tea, spicy margaritas or glasses of wine. I am inspired by mother’s friendships. From the women that she has carried with her since childhood, sometimes through periods of dormancy and distraction, moving, marriage, children, only for them to spring up again in times of need, or celebration. I am so grateful for the women that she has collected around her, that surround her and care for her, that subsequently have surrounded and cared for me. I have been kept in the arms of countless women, rocked to sleep, cried on shoulders, tried on high heels and lipstick, and argued with them. The community of women that raised me, the friendships between them have become the friendships that have, in turn, raised me.

I have never had a break up that has haunted me in the same way that losing a friend has. I have been young and foolish and lost friends for the most benign and selfish reasons. These losses cut deeper than losing any lover because it is like losing a sister. It is like watching a plant die simply because I refused to water it. I continue to carry these losses with me, hoping that one day, I will find the right apology to heal my transgressions and bridge the gap that I created with my own carelessness.

The loss of a friend aches because when we lose a friend, we not only lose them as a companion and a confidant but also as an ally. The friends that I keep around me bring me so much pure elated joy, but they are also my roundtable and my war council. It’s been on my mind since the wave of #metoo began building momentum and has crashed with the careers of so many men, that this movement is merely a turning inside out. With #metoo, #timesup and all of the subsequent movements that have been engendered by the initial accusations levelled against Harvey Weinstein, have come about as a result of women saying in public spaces, what we have always said in quiet places.

Women have always gathered together and sought refuge in each other when our spaces or our bodies or our voices have been made abject. Often by men in powerful positions. These movements, aimed to bring the collective consciousness of women to the surface, to give it a voice that we have women, have always heard, have always known, and have always possessed, simply without the courage to use it. To a woman that has had my voice silenced and body violated and as a woman that has spent time listening to the stories of other women with experiences that may have been vastly different to my own, but ring true with the same singular note. That these are different symptoms of the same disease. It was through these conversations that I have healed, and have helped others heal. It is all of the whispered ‘me too’s,’ these conversations, had all other the world, that gathered momentum and grew louder as the roundtable got bigger and bigger until there weren’t enough seats, and it became a movement and a battle cry. We were not whispering anymore.

The girl-gang can at times get a bad rap in the media; cast your mind back to T-Swift and her infamous girl-gang of supermodels and how completely ripped to shreds she was for this, mainly by male journalists. This criticism is often a tool used to further entrench girl on girl competition, as opposed to acknowledging the power of women celebrating other women. As young girls we are socialised to mistrust other women, to see them as competition, to be suspicious of them, to compare ourselves to the girls around us. I am so guilty of this. But I am trying to train myself out of it, and I know that I am getting better at it. Slowly but surely. These thought processes are so poisonous to our image of ourselves and of other women, and worse than anything else, it inhibits our ability to create the meaningful, beautiful, rich friendships with other women that nourish us in such a precious and irreplaceable way.

In a post #metoo world, the importance of the solidarity of the girl-gang becomes only more immense. We are seeing and experiencing real and tangible change, and being able to lean on and to hold up the women around us is such a huge part of making that possible. My friends, the women that I keep around me, and the women that keep me around them are what gives me so much strength. Strength to keep having difficult conversations, to keep fighting, to look inequality in the face and say ‘fuck you.’ But they are also the people that give me the courage to be vulnerable and acknowledge how exhausting this fight can be, and say ‘sometimes it is really fucking hard to be a woman.’ But imagine how much harder it would be if we were alone?

So, call your girlfriend, call your girlfriends, get together and order a round of spicy margaritas and plot world domination. Or just tell them that you love them and that you’re grateful to have them in your life. Take the time to acknowledge other women’s hustles without comparing them to your own, be inspired by the women around you. Tell them that. Because, I think, that if you really think about it, these girls, these women, are the love of your life. I know damn well that they’re mine.