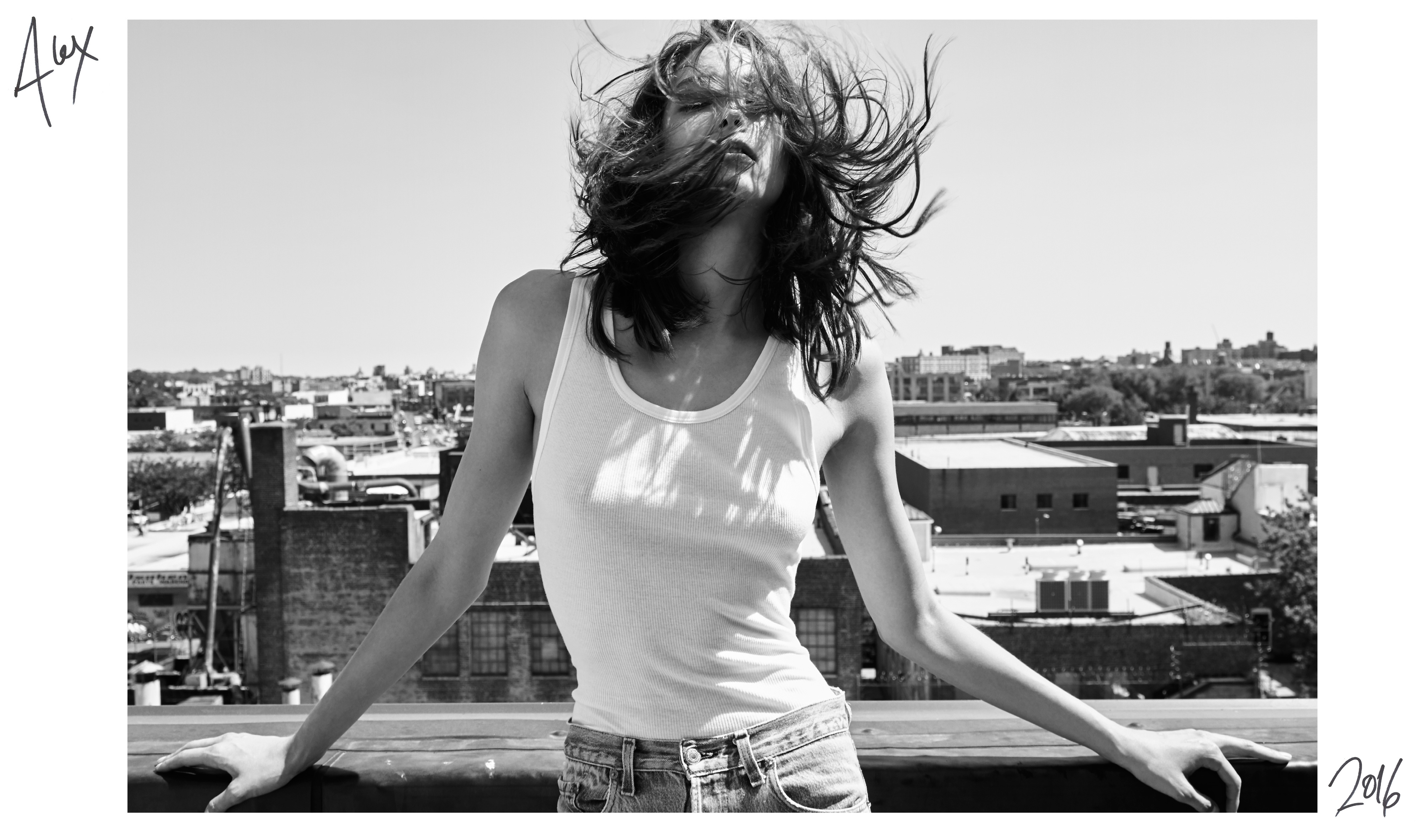 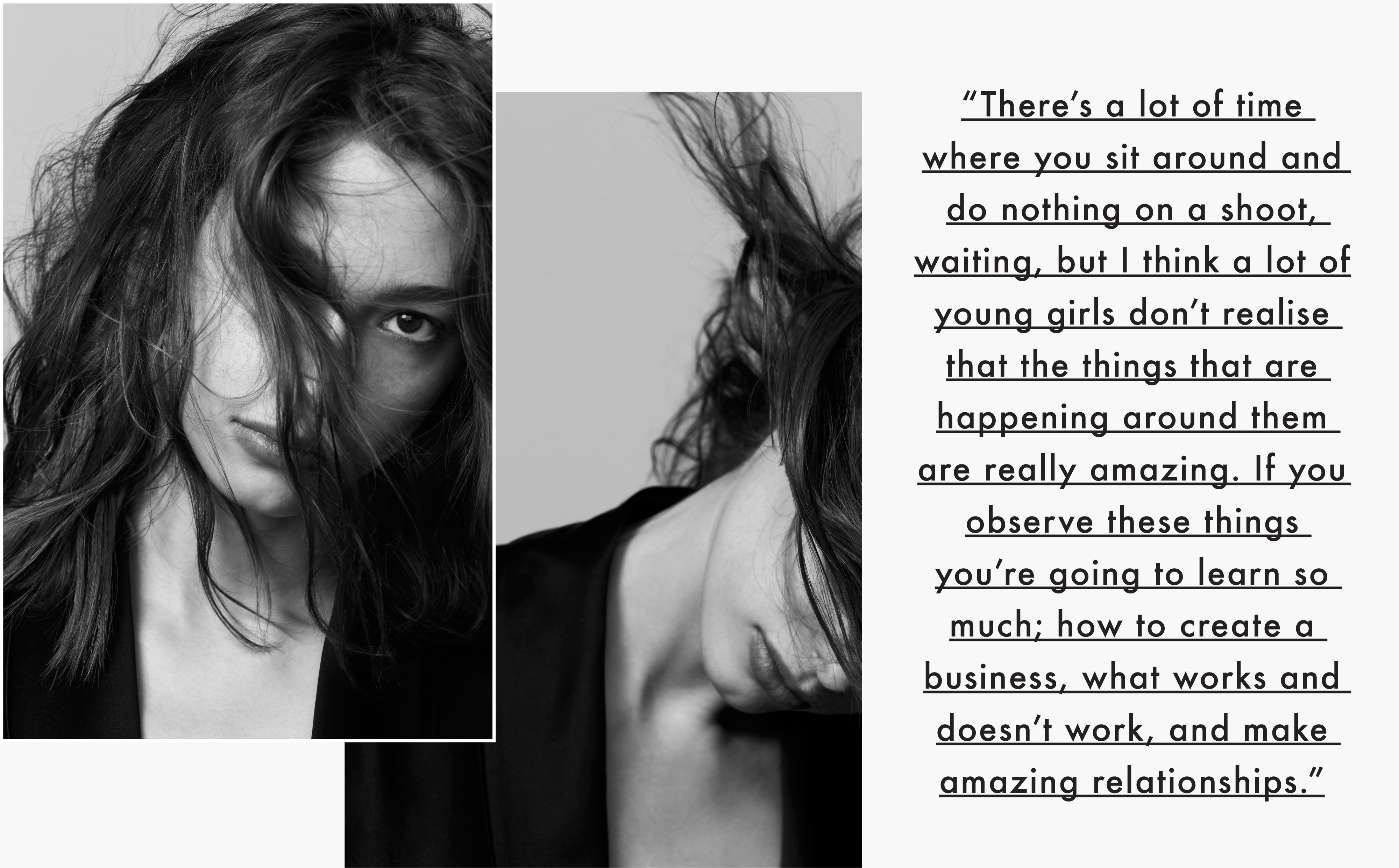 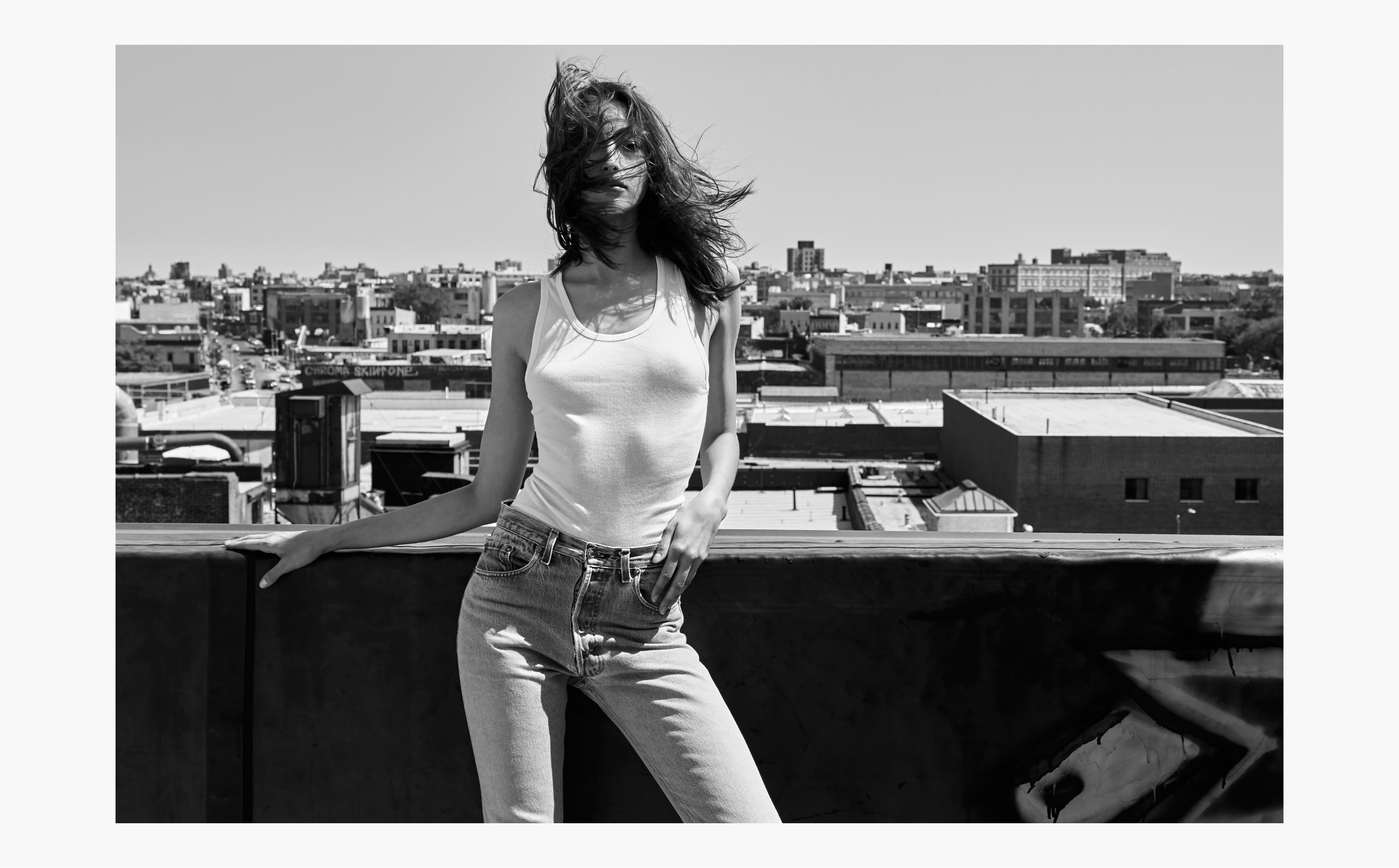 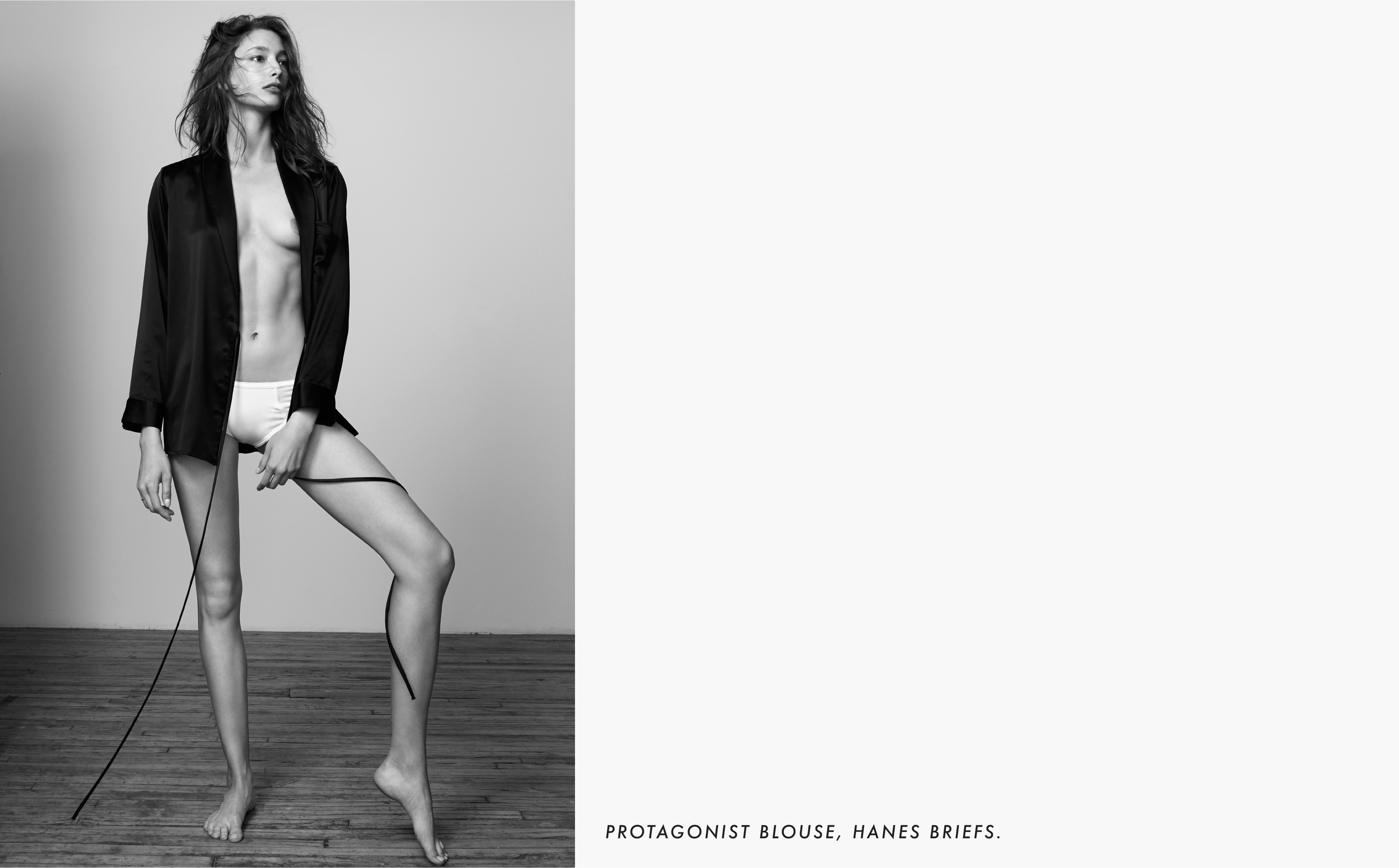 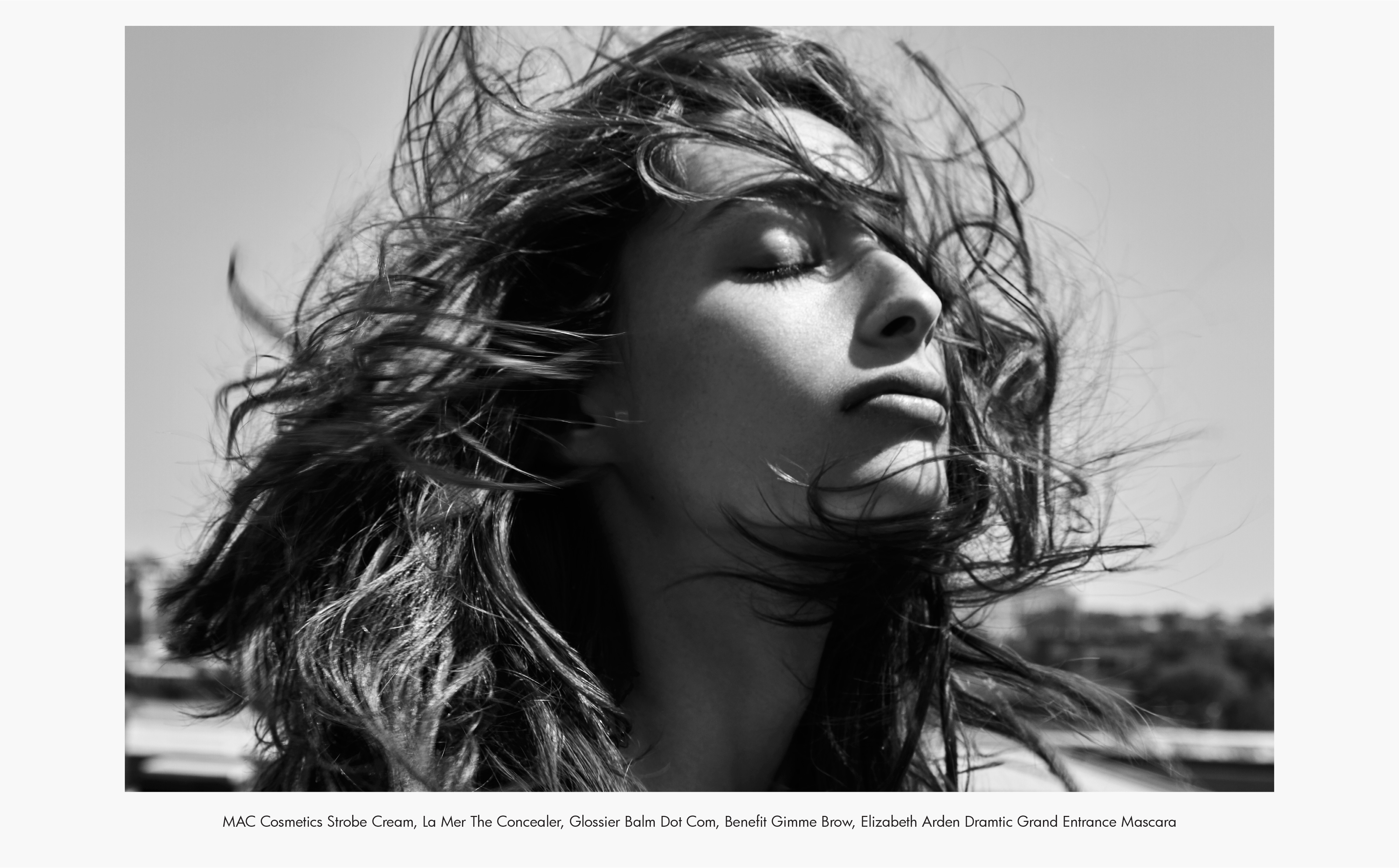 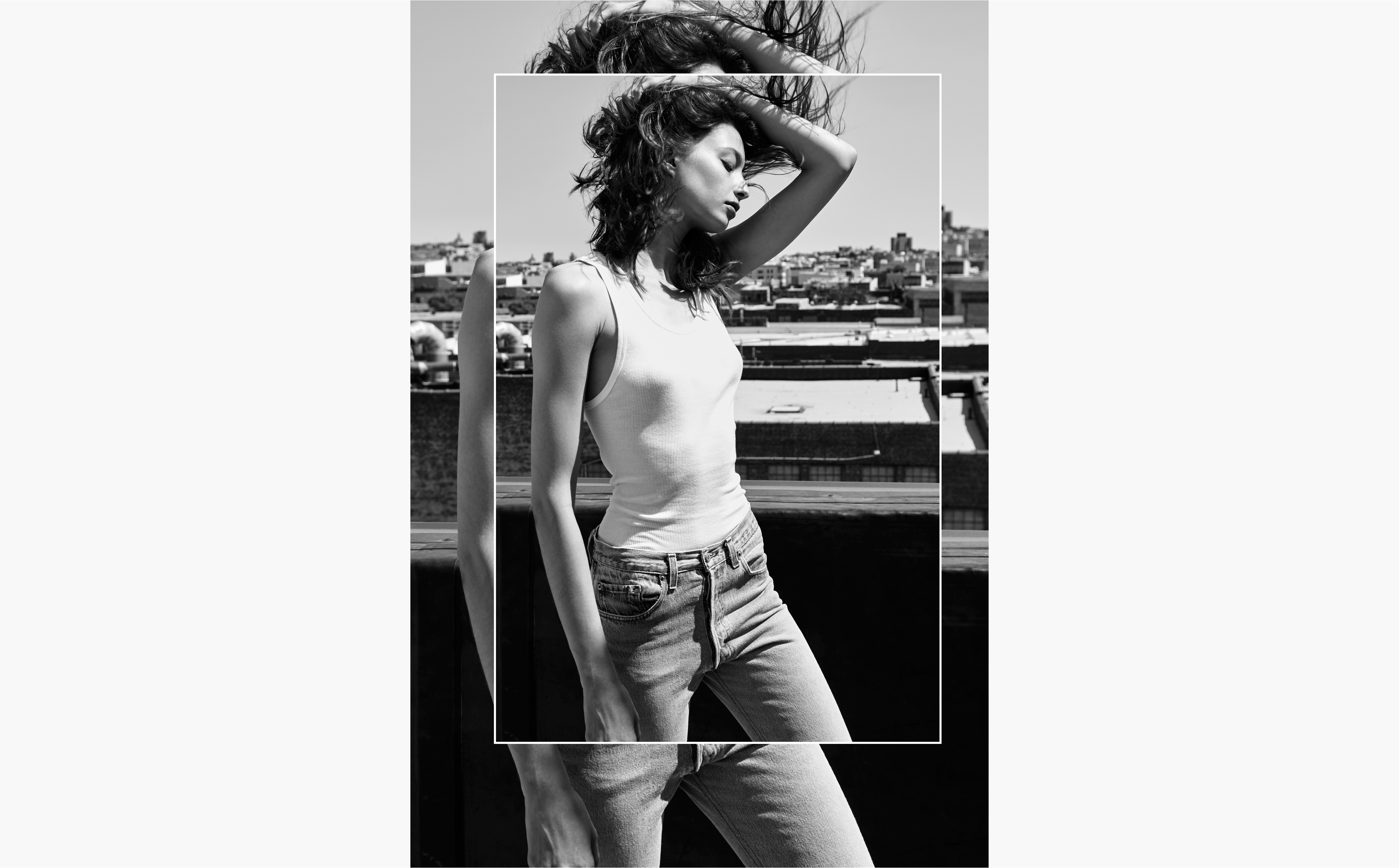 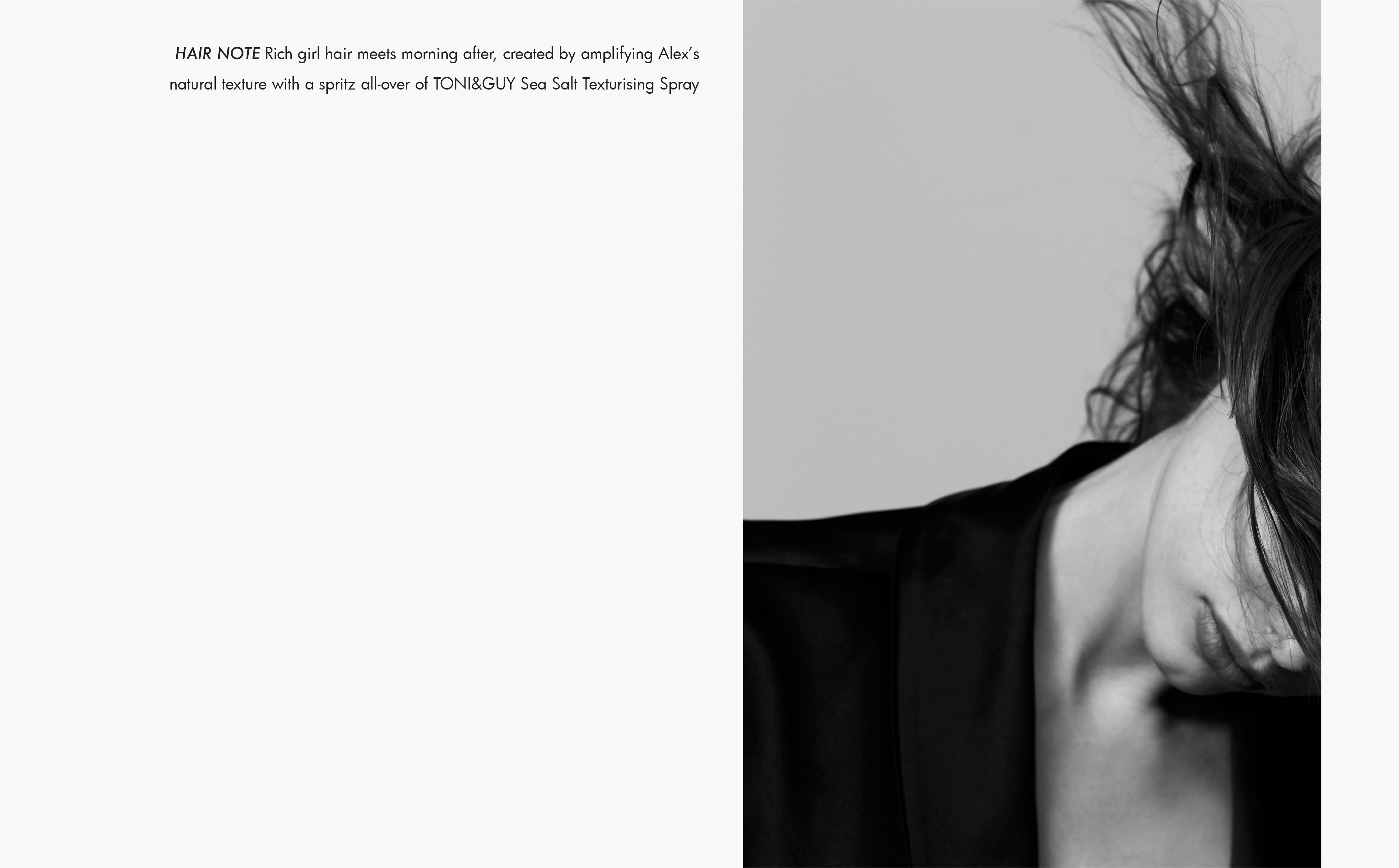 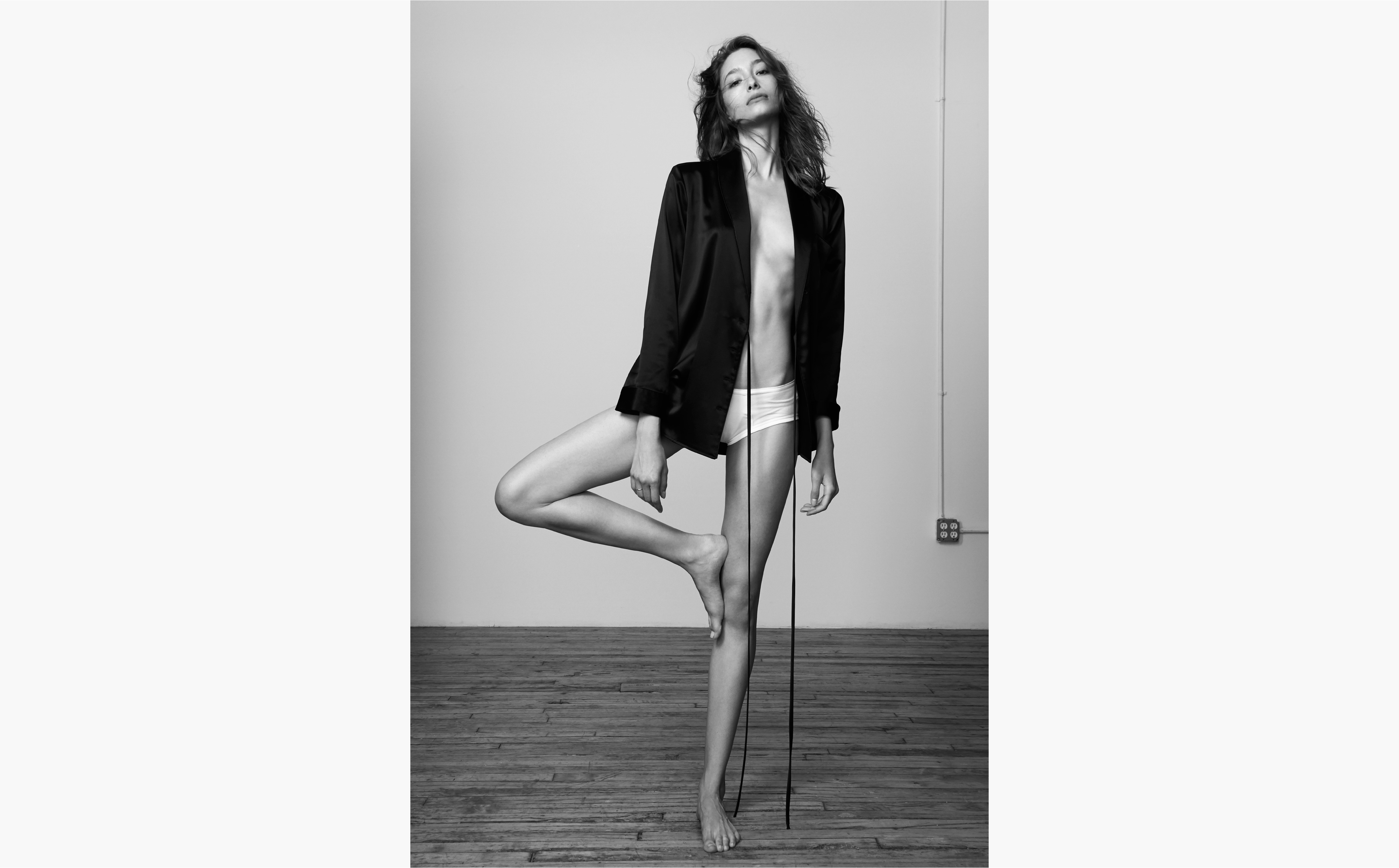 New York is still a fairy tale to me. Embarrassingly, those Jay-Z and Alicia lyrics resonate, and when I’m there I feel close to my teenage dream of being a well-dressed writer who lives on the upper east side. And I still get as excited by the view of the city on the way from JFK as I did the first time I visited. I don’t care if it’s not cool to admit it.

The clichés are true – there’s no sleep, and no stopping, there’s an undefinable “energy,” and most of the time you feel like an imposter. At least I do. The thing about New York is… everyone has their own version.

Simon Upton – who lensed our Australian models in New York series with Alexandra, Megan, Matilda and Montana – lived in New York for the better part of a decade, and has stories that read like fiction. They’re not. He shot tests for some of the world’s biggest supermodels, Heidi Klum et al., and has the film in his archives to prove it. He lived there and partied like it was 1999 – because it was. He left in 2001, just after September 11, and returns now for shoots like this one.

And that’s where the idea for this series came from. Everyone’s New York is their own New York. In this, the first installment, we take a peek at Alexandra Agoston’s version… (with a side of style, beauty and fitness advice. Because TOMBOY Beauty!).

Originally from Sydney, Alex got scouted on the streets of Paris while holidaying with her family when she was 15. Her first show was with Alexander Wang, and from there she was propelled into the world of high fashion – working with Christian Dior in Galliano’s era, walking couture for every major fashion house, and as muse of Jean Paul Gautier. Just casually! She’s wise, no-doubt a by-product of leaving home early and growing up fast. During our chat, I girl-crushed hard.

TB: How long have you been in New York?

AA: I feel like I have been saying 5 years for the past 5 years. I have been coming here on-and-off. I first came here when I was 16 for fashion week and I just turned 28, I guess full-time it’s been 6 years.

TB: Do you miss home?

AA: I miss nature, and the freedom of space. I grew up by the ocean, and I think you realise living here how lucky you are to do that. And I appreciate it even more when I go back. I miss my family, but this is where home is now. I think I miss New York more when I am in Sydney, rather than the other way around.

TB: What is one of the hardest things about being a model in New York?

AA: I don’t know if there is a hardest thing. I feel like my life is pretty lucky getting to do what I love.

TB: What advice would you give an aspiring model preparing to move here?

AA: I think it’s about finding genuine people that you love, and surrounding yourself with people who are positive, and motivated and want to help you, so you can enjoy being here, because it’s such a different city. I would say, make the most of it – the culture is so rich in New York – really open your eyes and absorb that.

Even when you’re at work, there’s a lot of time where you sit around and do nothing on a shoot, waiting, but I think a lot of young girls don’t realise that the things that are happening around them are really amazing. If you observe these things you’re going to learn so much; how to create a business, what works and doesn’t work, and make amazing relationships.

TB: When you first came to New York, what were you like?

AA: I think I was really young. I wasn’t reading VOGUE, and it was before Instagram. I didn’t own any heels or makeup, absolutely nothing.

TB: Modelling now VS modelling then:

AA: I think our industry is more exposed now, people know what happens backstage, they want to be a part of it, which I love, I think it’s great, but when I started there was nothing. Honestly, I think Instagram changed the industry a lot.

TB: For the better?

AA: I really like it, I know not everyone thinks that way, but as a model you’re never the one to choose the pictures, and as you develop in your career you can have more of a say about what you do want to do, and what you don’t want to do, but at the end of the day, it’s not really your image. When I first started I was working a lot with John Galliano and Jean Paul Gaultier, and Giorgio Armani, and I was doing all of this incredible high fashion, which I was very lucky to be exposed to, people saw pictures of me with Pat McGrath makeup on, and Julian D’Ys hair, and incredible Steven Klein shoots, now I can also post a picture without makeup and people are like, ‘Oh she looks good without makeup too’. They don’t always want to make me into something! So it gives me the ability to curate my own voice.

TB: When you’re not modelling, what do you do in New York?

AA: You’re almost always on call, in some way. Like today, I had no idea I was shooting, but now I am. I think you actually have to be physically and mentally prepared for anything. My agent might call me right now, after having nothing on for a whole week, I might have to have a huge meeting with American Vogue in an hour, that’s happened to me… I’ve been on the couch, and they’ve been like, someone’s just requested to see you, you have to go now.

TB: Do you freak the fuck out?

AA: Well, you just can’t. People think it’s a cruisy life, and it is sometimes… you might have Wednesday and Thursday off in the middle of the week, and you can go to the museum or hang out with a friend, but then at fashion week, you’re working like an animal. It’s a strange balance, but you’re kind of working the whole time, or you’re working out.

TB: The working out thing…

I’ve always been healthy and I love working out now but that took a long time to be able to get to that point. I am not super strict, I think it’s about having a balance and not having the mentality where it’s like, ‘I’ve got two weeks to do something, and then I have a big job, I need to be crazy’, it’s like, ‘No, you just need to be consistent!’ It’s boring as shit, but you have to find a way that it becomes part of what you do. And find something you love. I hate running, I’m not just going to go to the gym by myself and get on that stupid machine. I go to a class, and I jump on a trampoline. In New York there are so many incredible classes, where you can spend an hour of your day. The class I go to is all about being lean and long, not muscular, but really strong. The whole class is tailored around that, so you use lots of bands, and smalls weights, and you do lots of high intensity cardio but mix it up with pilates – it’s kind of like a hybrid of all that fancy shit. And you see the results straight away so I think it makes you more motivated. I think it takes someone very special, to be able to go, “Ok I am going to go to the gym, and bust my arse for hour!”

TB: How would you describe your personal style?

AA:. I wear jeans and a tshirt, and sunglasses and a big slouchy bag. I don’t wear makeup either. I have simple quality pieces, I like a bit of toughness, I steal all my boyfriend’s clothes. That’s basically what my style is.

TB: What’s your approach to beauty?

AA: I think skincare is really important. I have so much stuff put on my face all the time, so I like my skincare to minimal and simple. When I go to Paris I will be buy all the Embryolisse

from the pharmacies, its super cheap and it’s really good. I don’t really believe in really expensive fancy stuff, with all the perfumes – I just don’t think you need to do that. Find something that works for you and be really constant with it. I am always moisturising, taking off my makeup, and wearing sunscreen every day, if it’s sunny I try to wear a hat. Like, really simple, simple stuff. Growing up, my Mum wasn’t very strict on me, we had a very trusting relationship, but when it came to sun protection she was full on.