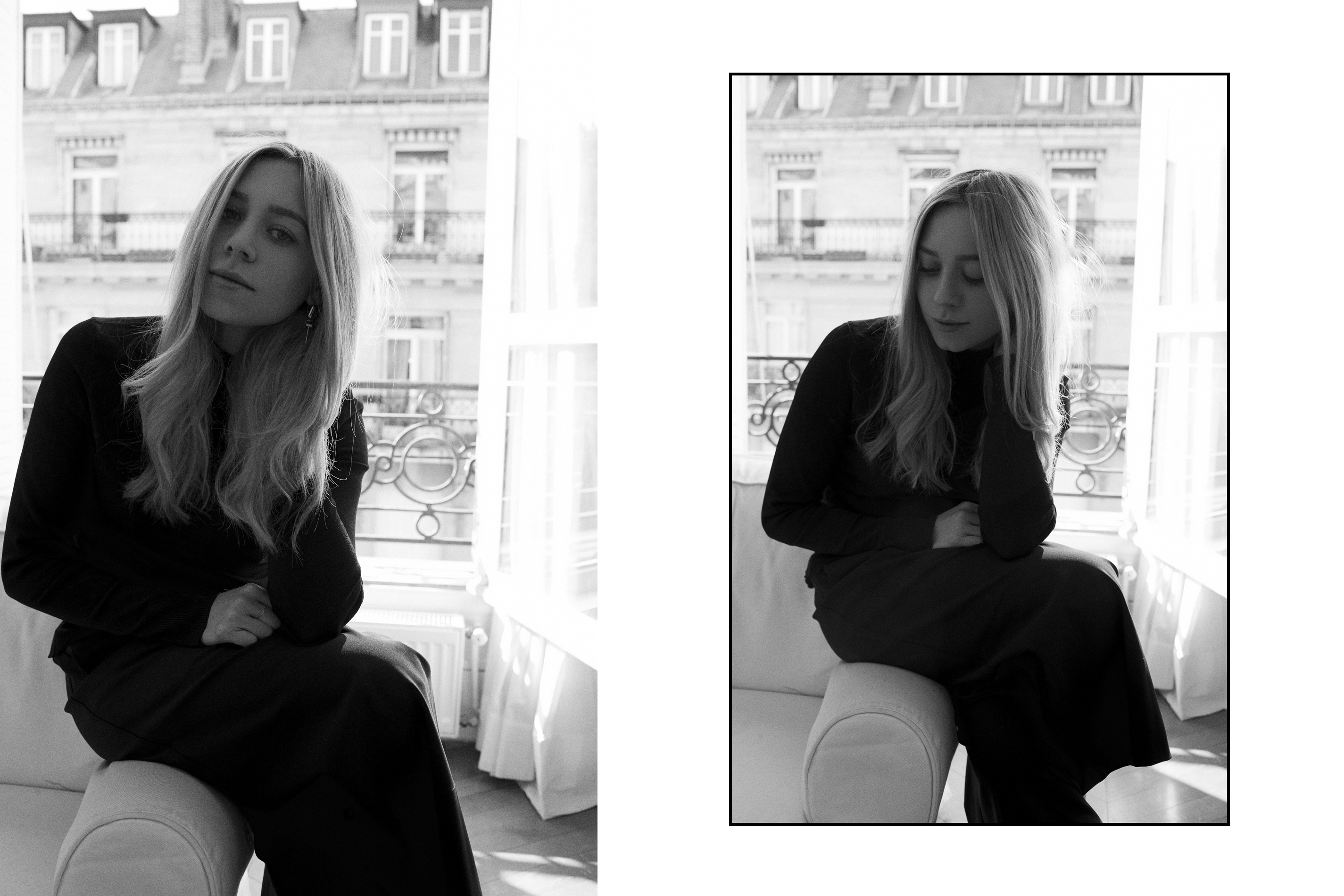 The word entrepreneur lost its meaning when insta-stars with tea tox endorsements, starting using it in their insta bios. But true entrepreneurs, still exist. Case in point: Hayley Bonham. She’s a stylist, Creative Director of Sydney based publicity agency Bonel PR, co-founder of candle and fragrance house, Maison D’Amore, and the co-founder of La Porte.

La Porte was started as creative hub in Sydney’s Waterloo, where Hayley and her partner Rory Elsom, transformed a dilapidated warehouse to offer boutique luxury offices, creative spaces and photographic studios, read: very instal-worthy, hashtag ‘inspo’. It has since expanded to include, La Porte Part Deux, another ridiculously stylish space, situated in Roseberry, and La Porte Paris, a pop up just off the Champs Élysee (no less), to give Australian designers a beautiful space to show their collections during Paris Fashion Week.

I caught up with Hayley during Paris Fashion Week at La Porte to discuss doing it ALL, low-maintenance beauty (I’m convinced she’s French), and getting lucky, vintage shopping in Le Marais – involving a  vintage Balenciaga wedding dress – I kid you not! 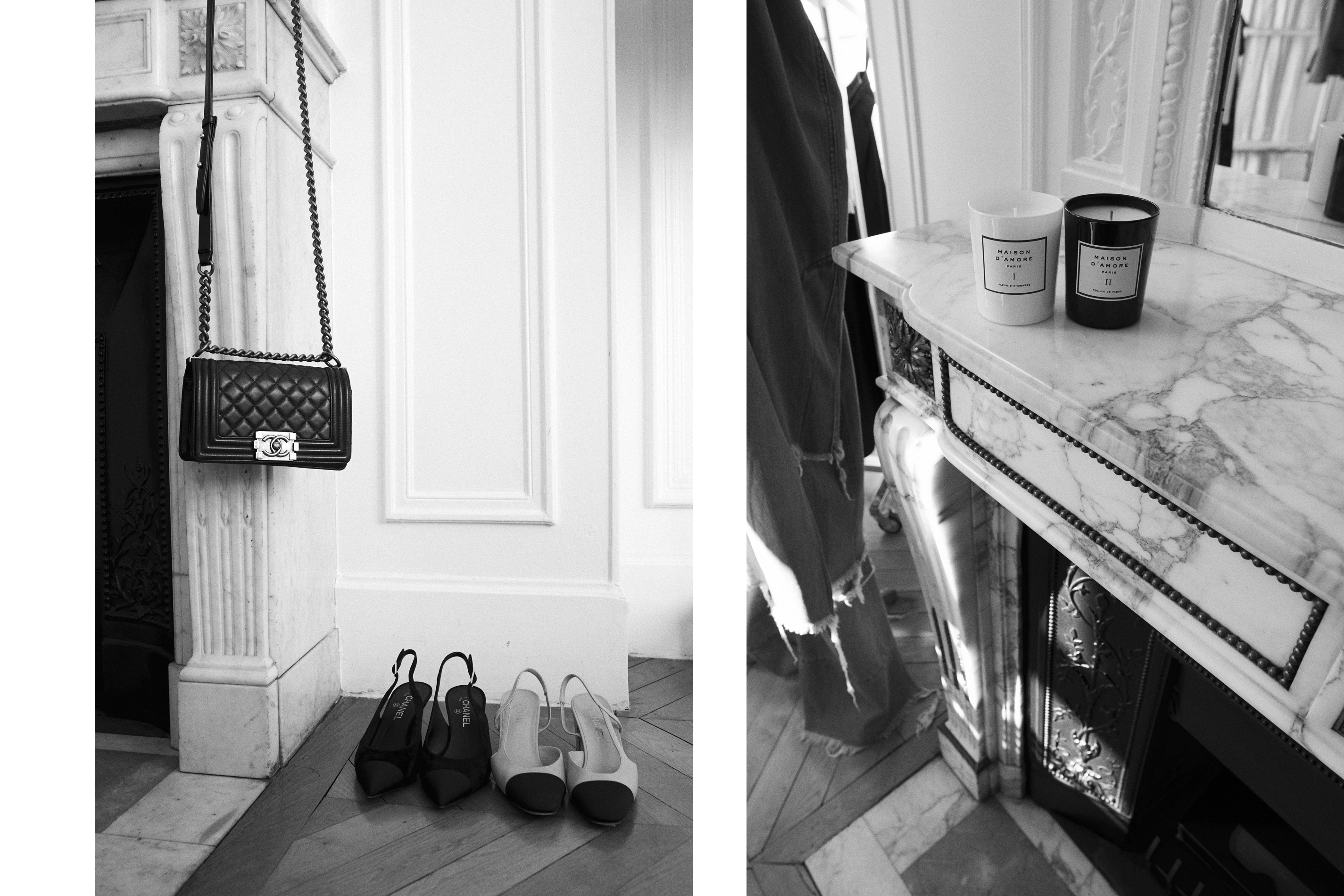 What are you doing in Paris?

We have set up a La Porte pop up space in Paris for some Australian Designers. We have La Porte, but we have just set up a second place in Roseberry called La Porte Part Deux, it’s a completely different space, it’s probably double the space that we currently have. It’s going to have retail, studios, eventing spaces, offices, and a beautiful Moroccan style garden.

How long have you been coming to Paris for fashion week?

This would be my fourth season, but La Porte’s first. I also look after the publicity for two French brands; Sandro and Maje, so I am often here working with them, and styling some shoots on the side as well. I have a few slashes. 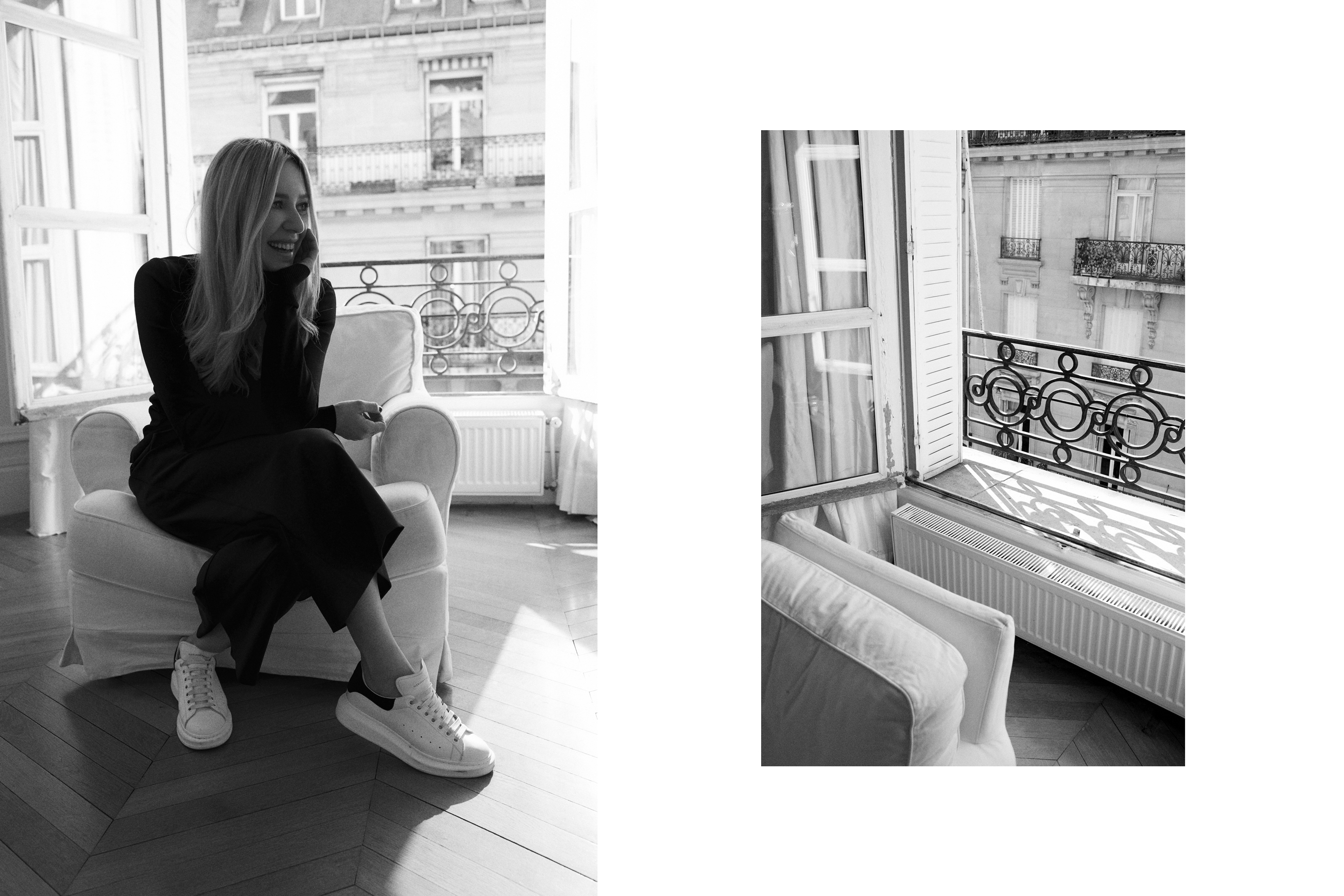 Where do you stay in Paris?

I usually stay in an Air BNB, just so it gives you a sense of feeling that you have somewhat of a home and base. Usually in St. Germain or around the Champs Élysee, because it is close to La Porte.

Paris fashion week in one word, or two?

The best part about Paris is… 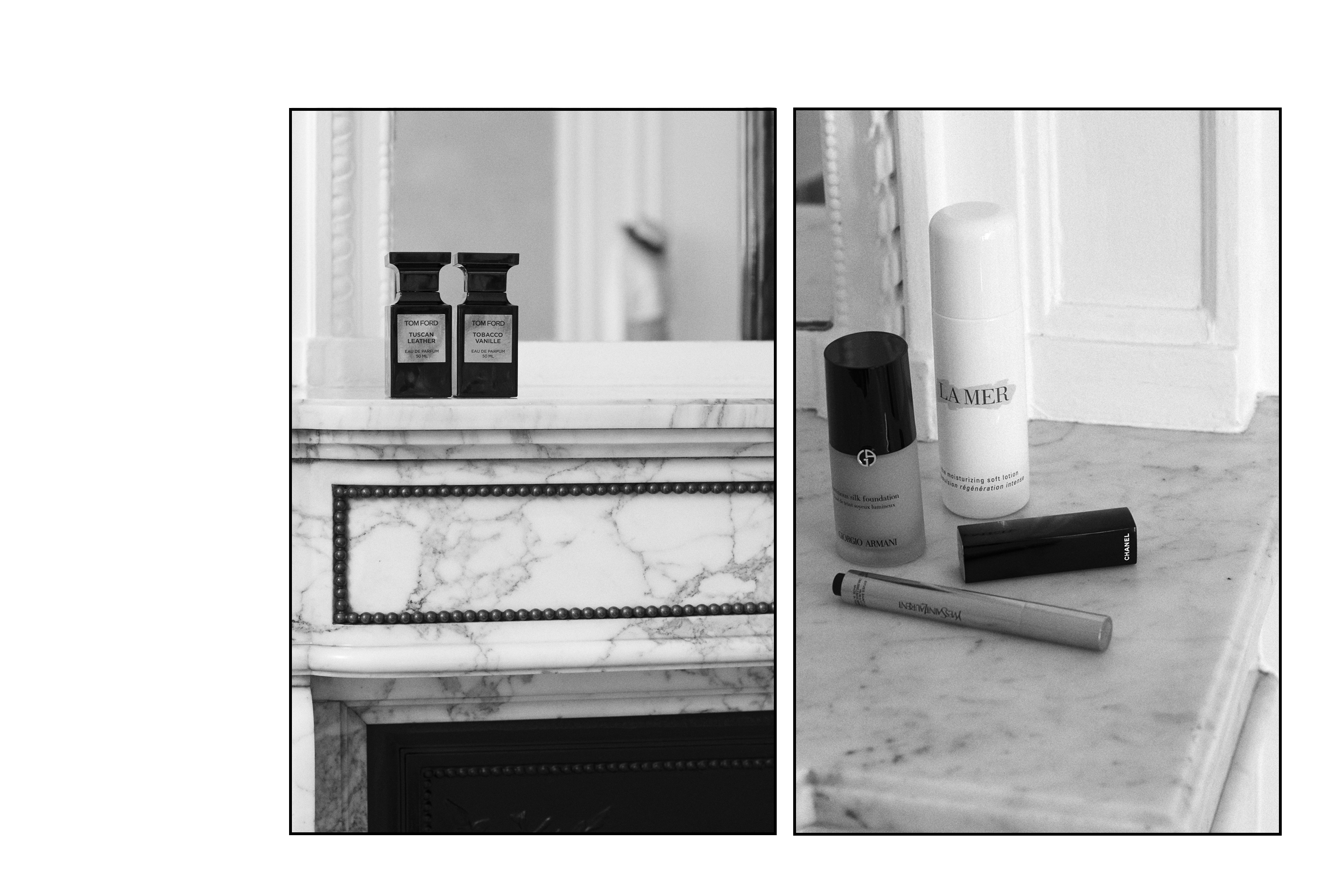 Oribe dry shampoo, because I hardly ever wash my hair when I am here, so I take a 3-4 day route with the dry shampoo, which I think is very Parisian. And then hydration is key, I use my La Mer moisturiser. I keep it super simple, I use my Laura Mercier illuminator, and then I’m done.

Strategy for getting dressed in the morning?

Go-to beauty look for a night out in Paris?

Definitely matte skin and a red lip, simple and French. 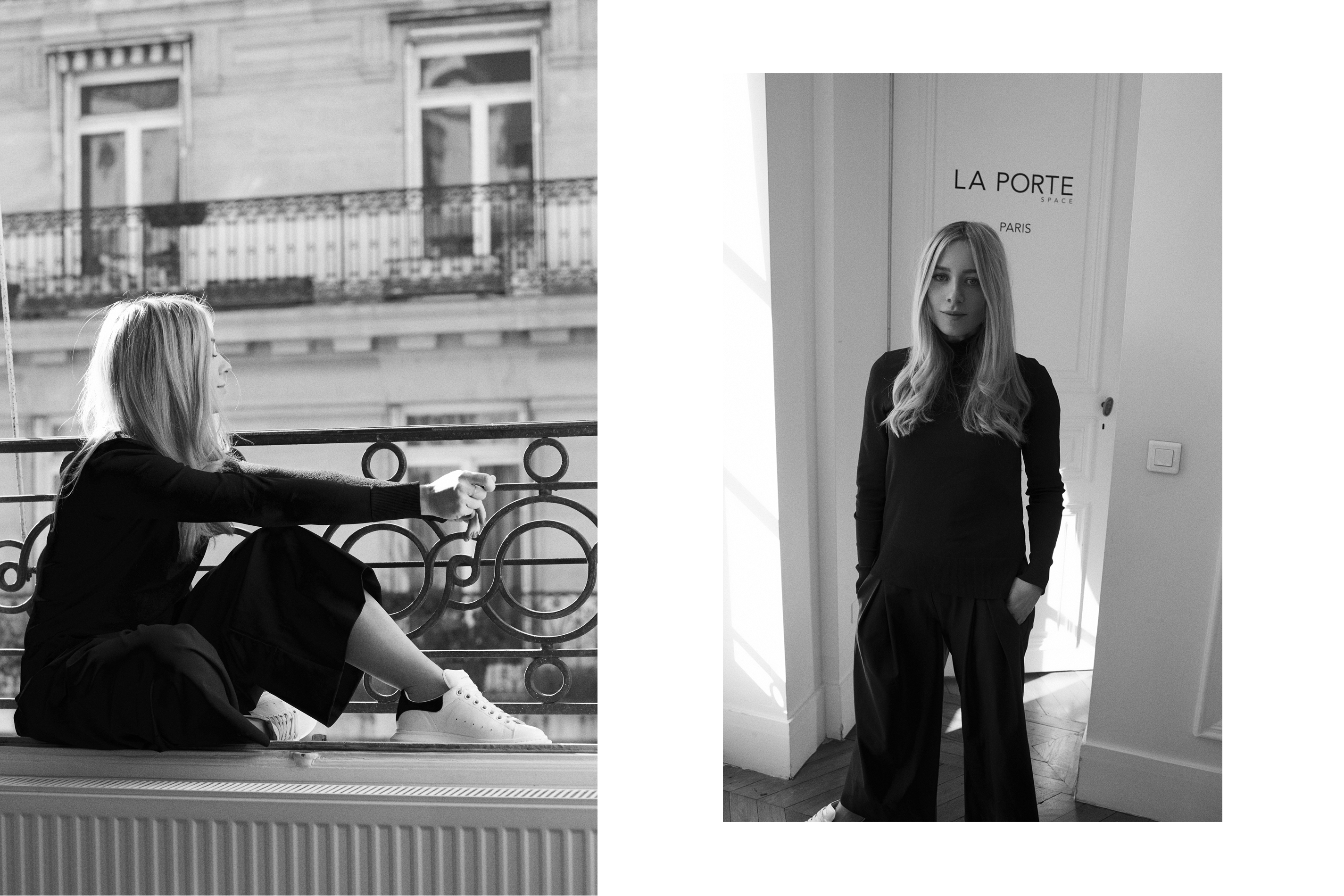 I love Say Lou Lou, I don’t know if you know them? They’re actually Australian, but they have a Scandinavian/French feel.

La Sardine – I salivate over the food. But it’s a mixed bag, I like walking and exploring and finding places. I could say Hotel Costes, but everyone does.

It’s probably more in the South of France, the vintage finds. Though, I found a second wedding dress, which was vintage Balenciaga, I am going to wear two. It was amazing finding it, I was just strolling through Le Marais. I also love Louis Vuitton, and J.W. Anderson. 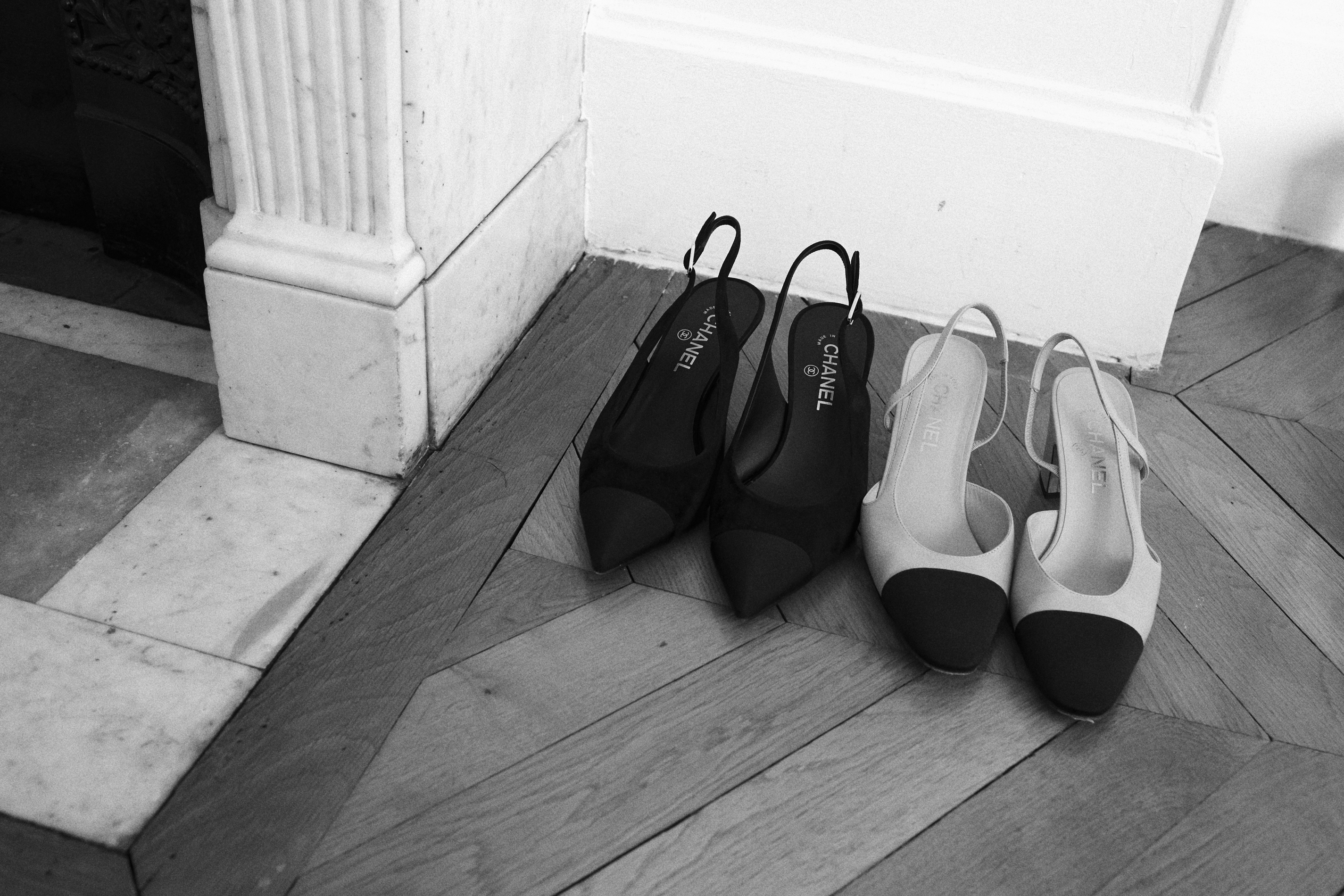 Shot on location in Paris.