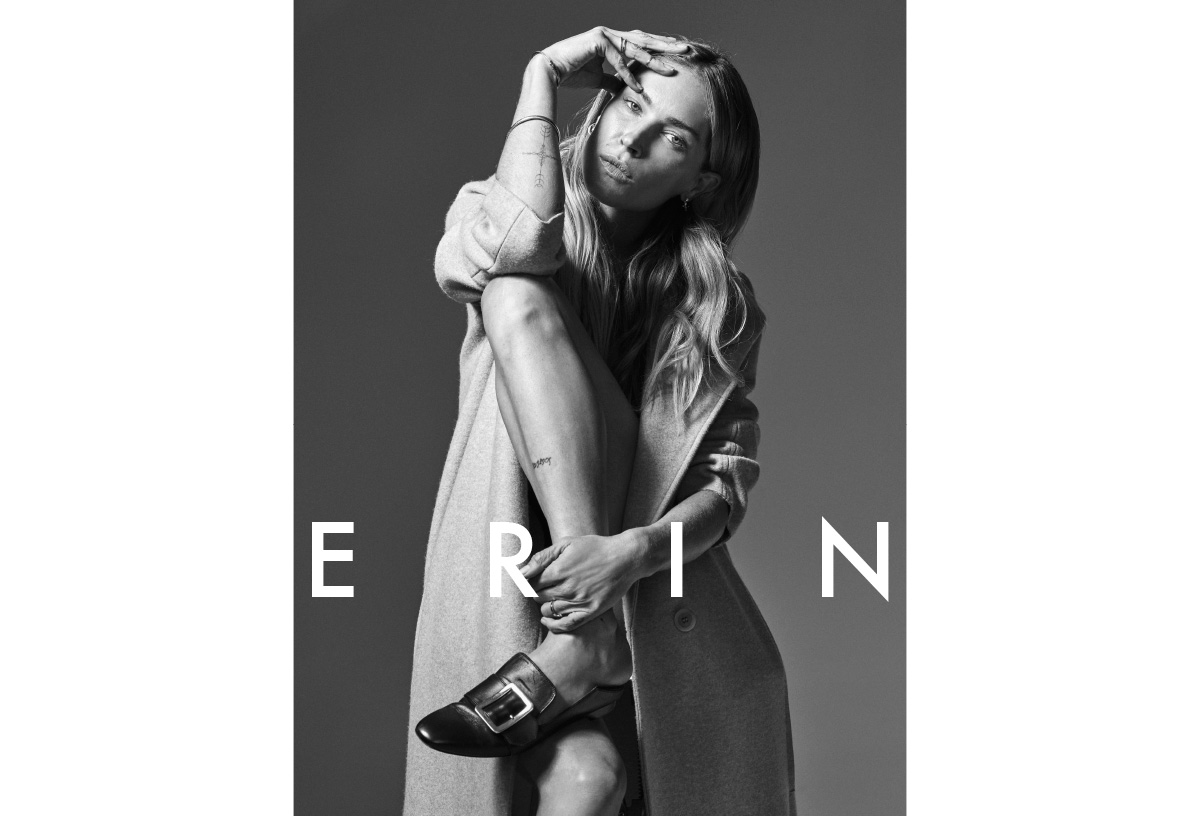 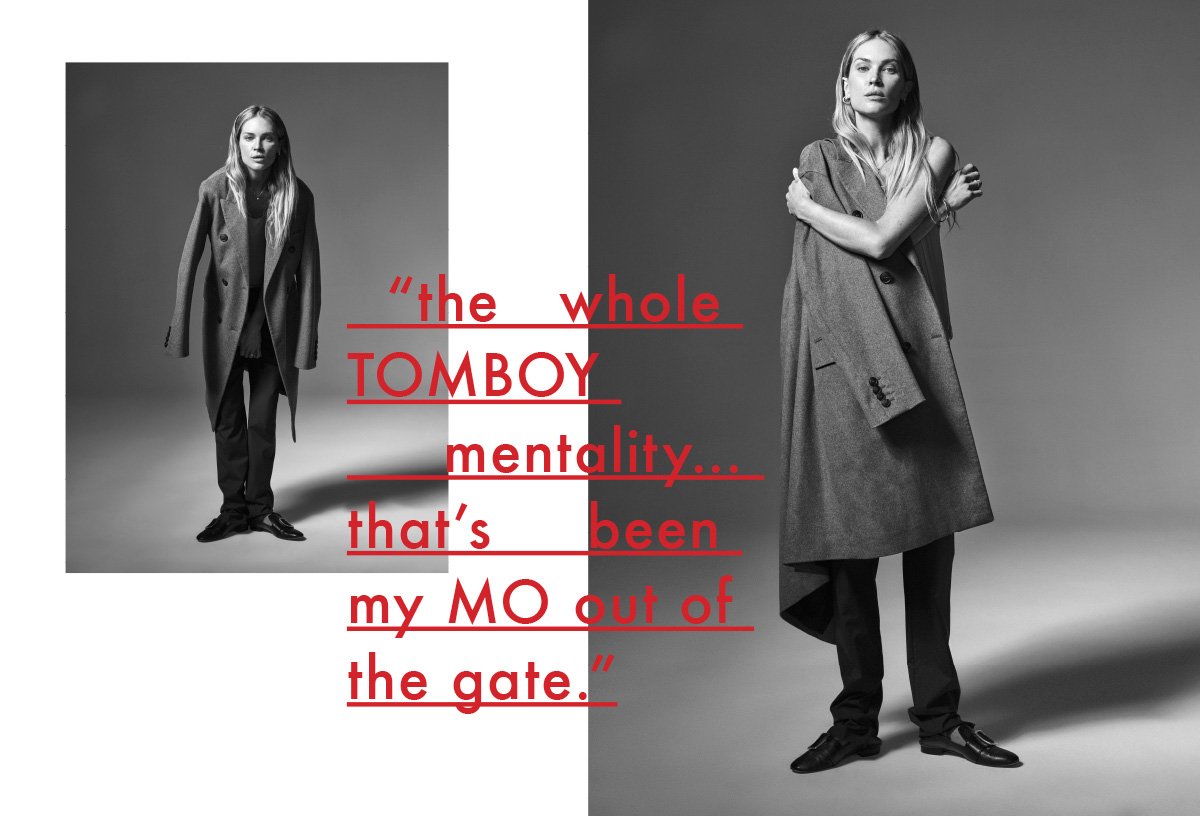 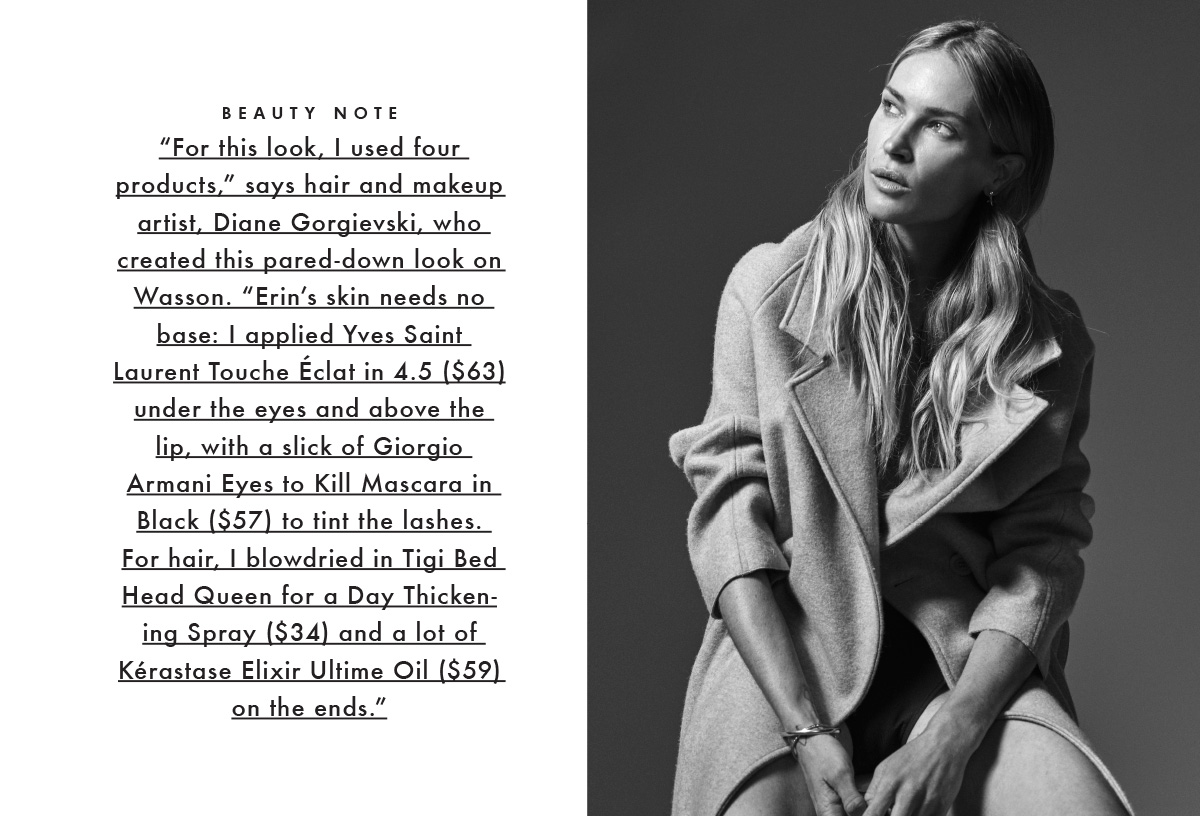 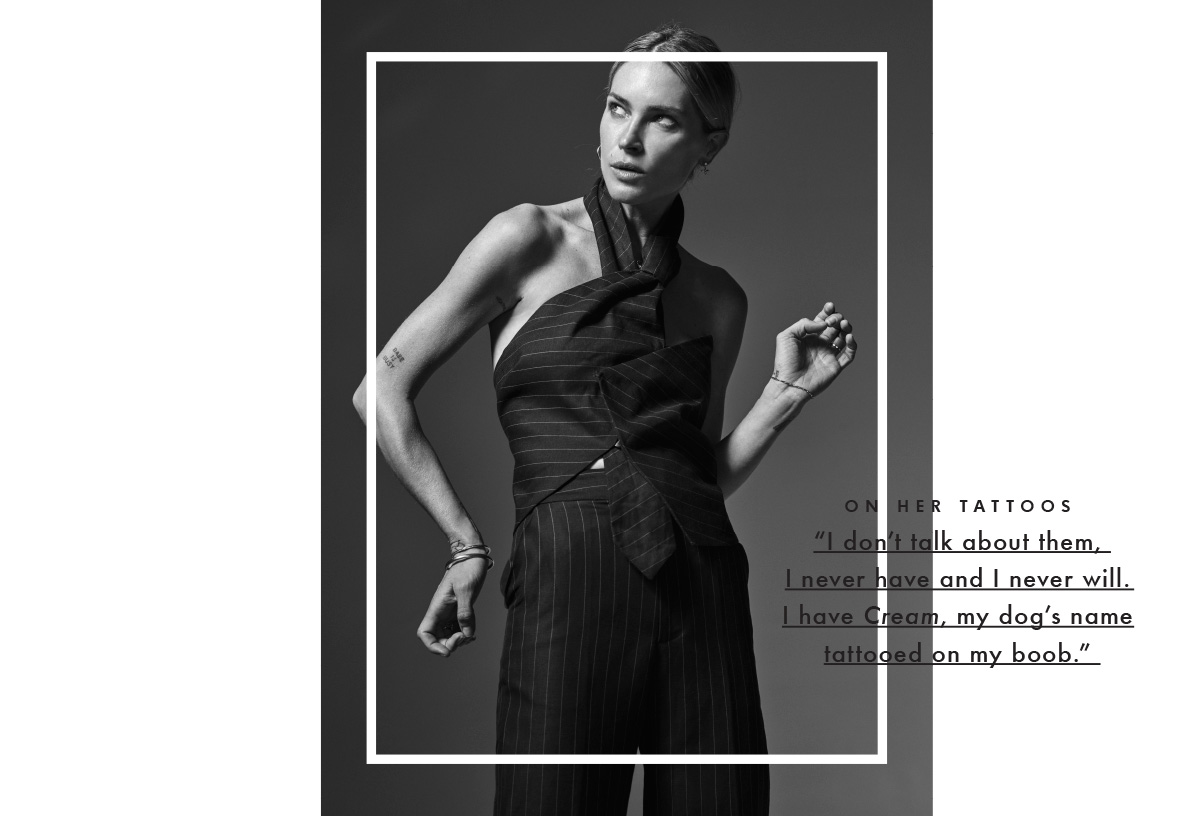 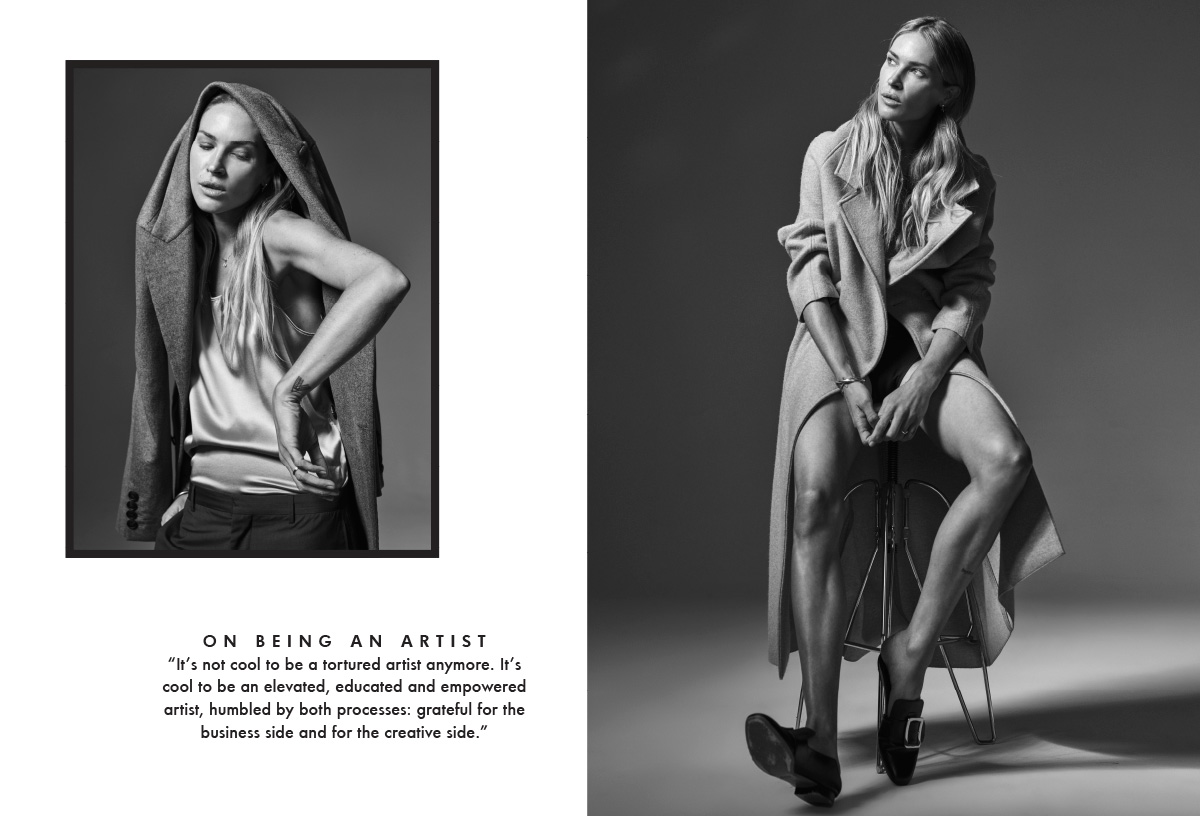 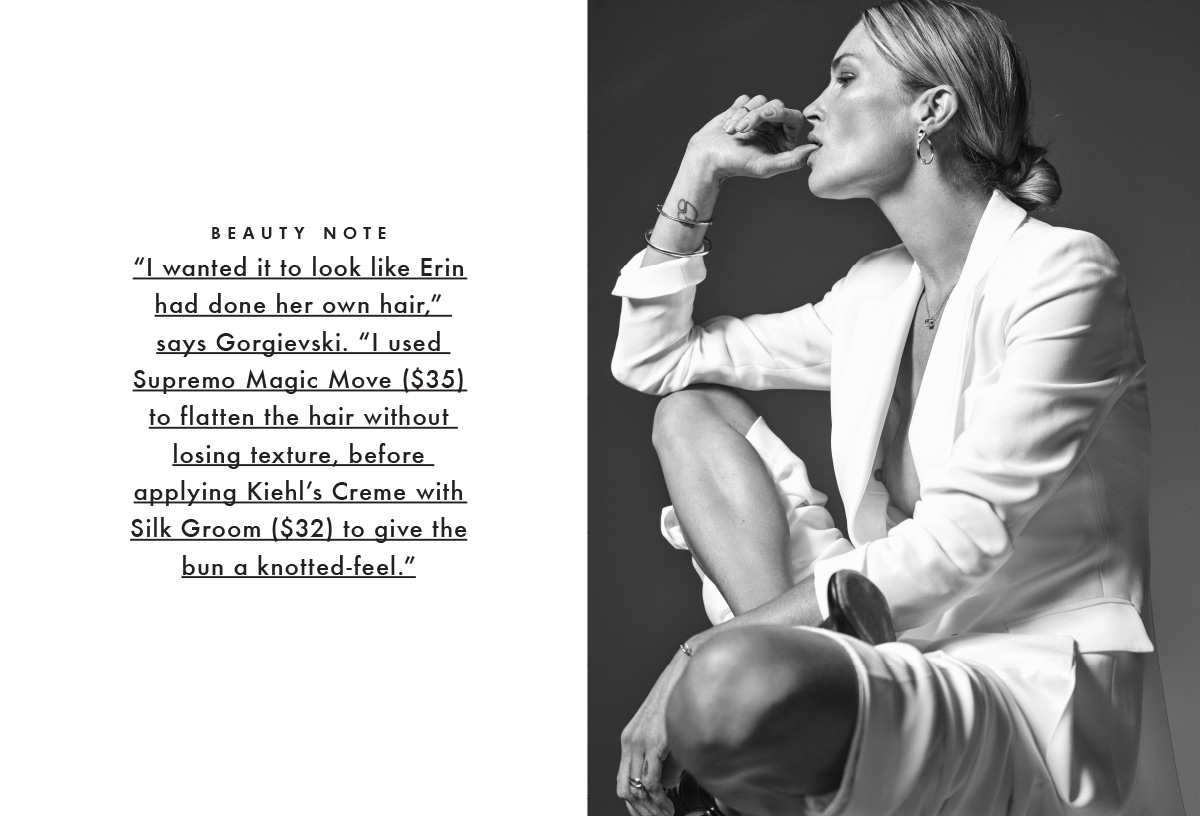 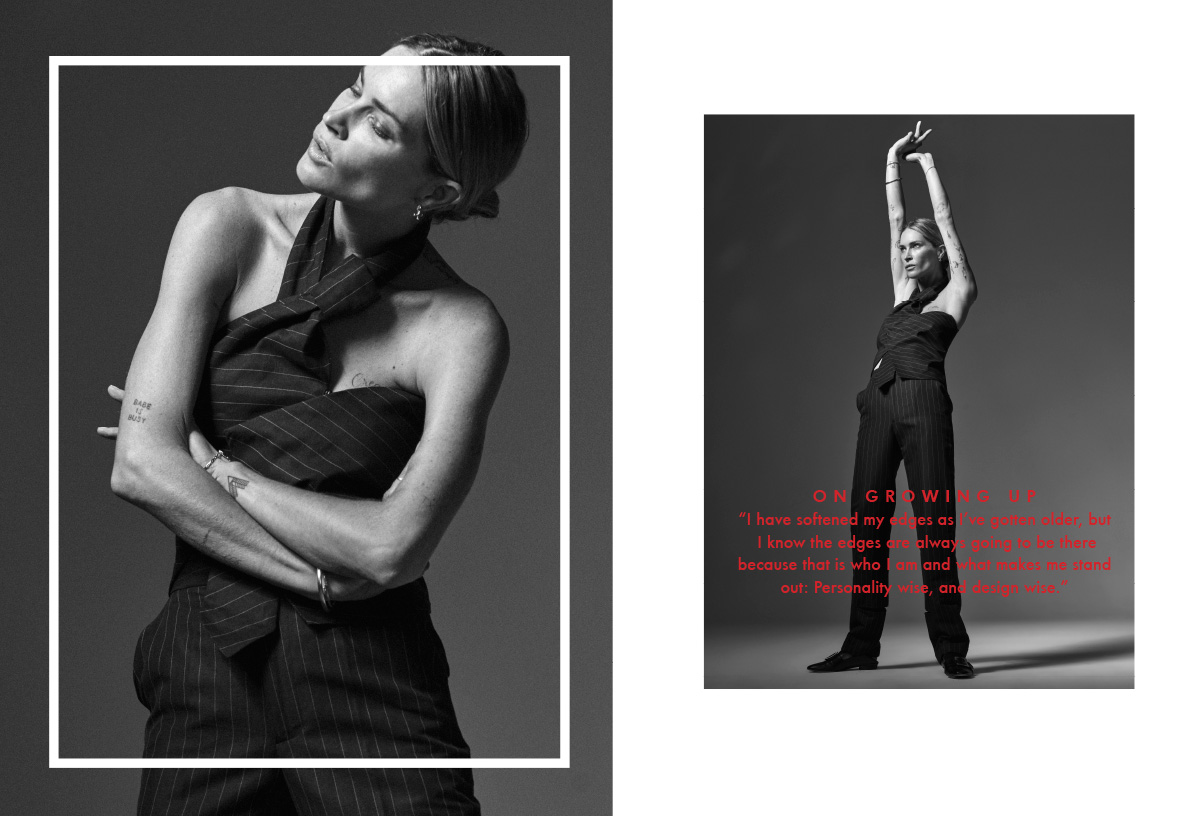 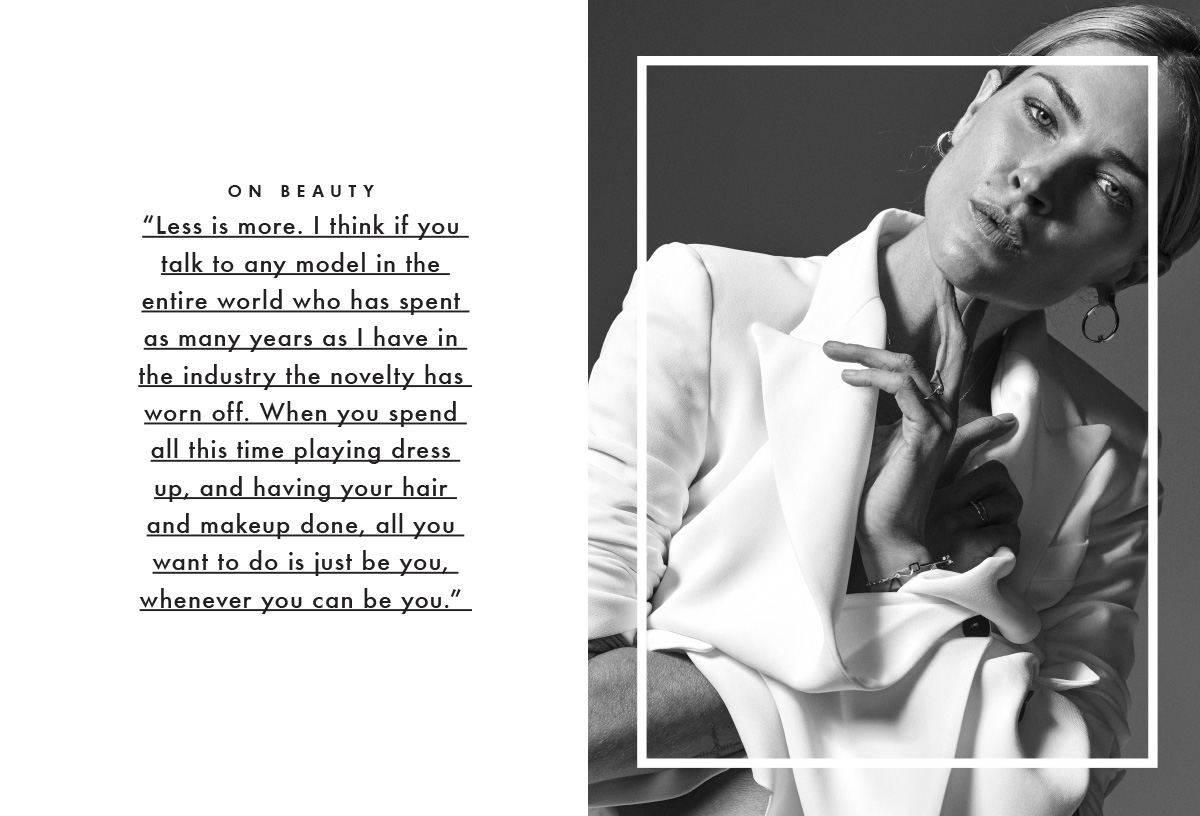 I never thought I’d be in Paris for the finale week of fashion month, wishing I was someplace else. Especially after years of shit-kicking to be there. But then again, it’s not every day that US supermodel, and original TOMBOY, Erin Wasson agrees to shoot for your four-week-young beauty publication.

It’s 5:45AM Paris time and, without a pair of ruby slippers, the 10,532 miles between my pitch black hotel room and Sun Studios in Sydney, where the TOMBOY Beauty shoot is about to commence, is bridged only by a succession of text messages from leading Australian stylist, Kelly Hume. She is exactly who I want taking care of things in my absence – talented, irreverent and direct.

Ding! We’ve just gone to get her beer.

Ding! Not sure how many looks you negotiated, but I’ve pushed her to four.

Ding! Done. She is out of here.

As the pictures prove, more than 15 years since her first casting in New York with Testino, Wasson is a supermodel. In two hours, she delivers close to 50 useable frames. She knows her angles and she knows them well.

Wasson made a name for herself in the ‘Angel’-era, but unlike Adriana, Alessandra, Candice, or even Miranda, she is rarely reduced to her time in Victoria’s Secret wings – despite wearing them for more than six years. Nor is she pigeon-holed by her ‘book’, which includes campaigns for Chanel, Gucci, Cartier, Jil Sander and Celine.

She came before the ‘Insta-girls’ – Cara, Kendall, Gigi et al. – but possesses the same sort of ‘Personality Fame’, a concept best articulated by Lili Anolik in her Vanity Fair cover story on Chris Hemsworth: “People who are famous for, above all else, being themselves… people who are reality stars no matter if they’re another type of star as well.” And while Wasson doesn’t fit the mould of a regular reality star, with all its derogatory connotations (think: the Kardashian/Jenners), her authenticity outshines her work. In 2012, she told US website, Into the Gloss, “I don’t feel as though I’m booked as a model anymore—I’m booked as me. I show up and I’m allowed to be me.”

The countless Pinterest boards dedicated to Wasson would suggest the same. They don’t show her in lingerie and angel wings, or on the runway, instead they are shots of her in her own clothes; denim shorts, python cowboy boots, a cotton singlet and Ink aplenty. The images are of Erin Wasson, not some model.

Fast forward two weeks, Wasson is in LA at a Greek restaurant near her home in Venice. Obviously an old hat at phone interviews, she sets the scene: “I am sitting here with one of the most important people in my life, and my dog Cream, and we’re having a bowl of tzatziki. The sun is setting and I couldn’t be happier.” I ask who is with her? “Yojan, the love of my life. A wonderful man who is a line of support, he is the person that fixes all of my problems.”

It’s odd for an interviewee to hand the interviewer such an easy piece of click-bait. But the frivolous details of relationships or potential love interests seem irrelevant when it comes to Wasson, I don’t care to prod. A slashie:  supermodel, designer for her namesake jewellery brand, Wasson Fine, business woman, sometimes actor, fashion designer and stylist, and, frankly, there are far more interesting things to talk about than any man. Like drinking beer on set…

In a sometimes elitist industry where it’s more likely that a model order a green tea or juice than neck a couple of beers, the team were clearly impressed. Along with Kelly’s text, I received an email from photographer Jake Terrey, excitedly sharing the images with the sign off: “Erin is a great person”.

Wearing her Wasson Fine jewelry throughout the shoot, it’s clear that the progression from her costume jewelry line, LOW LUV is a natural one, “All of a sudden we had more stores that were doing accessible things, TOPSHOP and H&M came in to the world, and I felt that everyone was breaking in to the costume market. I myself was evolving and changing and becoming more of a woman, and simplifying the way that I consumed,” she says. “I wanted Wasson Fine to represent that evolution, pieces that were going to be with me for a very long time and that were much less trend driven.”

Hume styled Wasson in elevated, menswear-inspired looks, far from her all-denim, California-meets-cowgirl uniform. The shots are pared back, but still edgy, much like Wasson’s designs. Wary that talking about the design process can make you seem, “…a little bit self indulgent, even narcissistic,” she doesn’t like to bestow those sort of adjectives on the collection herself, though she is noticeably pleased when I identify her work as feminine with edge. “For me, I have softened my edges as I have gotten older but I know that the edges are always going to be there, because that is who I am makes me stand out: personality wise and design wise,” she says.

Growing up in Texas, in a supportive and conservative household, Wasson says her only problem was how late her Mum was going to let her stay out at night. “When the street lights came on I had to go home home, I would beg my parents for just 10 more minutes.” Wasson is so relatable it’s disarming. I find myself fumbling under my breath, ‘Me too!’ after every story.

There is a depth to Wasson that makes me think she’s an old soul, that she’s been here before. Or, at least, she’s wise beyond her years. It makes sense that she found high school boring, and graduated a year early, living in an artist community from the age of 17. “I was living amongst a bunch of future thinkers and I was the young kid of the neighbourhood who would just sit there and try to soak up all of this intellectual conversation like a sponge. I was always wildly amazed that they’d even let me sit there and participate,” she says. The experience no doubt contributed to her creative sensibilities and entrepreneurial career.

As conversation turns to beauty, Wasson’s tone changes. I can tell it’s not a topic she is particularly interested in, though she feigns enthusiasm as I ask about her hair and skincare regimen.

“I think if you talk to any model in the entire world who has spent as many years as I have in the industry the novelty has worn off. When you spend all this time playing dress up, and having your hair and makeup done, all you want to do is just be you, whenever you can be you,” she says. It’s a sentiment that seems to have come full circle, considering her first beauty memory involved a trip to the Barber Shop with her Dad. “As a little girl I had really short boy hair. Because I wanted it, and I was a tomboy and I thought it was really cool to go to the barber shop,” she says.

Sometimes Wasson’s answers to my questions are so close to the narrative I’d hoped for that I wonder if she is making it all up. She’s not.

As the interview comes to a close, I’m curious: what’s next?

Her answer is uncharacteristically reticent, and a reminder of the enigmatic quality that makes her fucking cool. “There are many things that I do subliminally that I never speak about in public or in interview. I am very secretly involved in the art world and all I will say is that I am working on a project in April, but I want the artists to shine,” she says. “It can’t always be about you.”